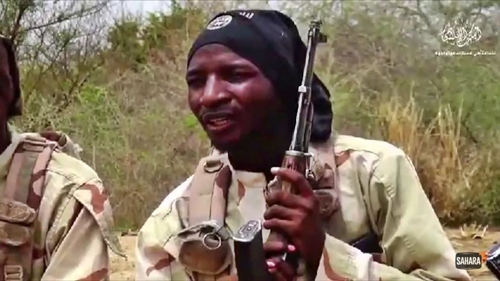 March 15th this year, Boko Haram staged a bloody attack on Magumeri village, Borno state. At least two policemen and several soldiers were killed. What was most worrisome about the attack was the fact that State Security Service, SSS, the Criminal Investigation Bureau of the Nigeria Police, as well as the Civilian-JTF informed an investigative panel that the Nigerian army was alerted of the impending attack and did not act.

Shockingly, the army through spokesman Sani Usman had attempted to accuse the residents of conniving with the terrorists, before the fact-finding panel discovered the very opposite.

At the same time, Boko Haram attacked a military base in Wajirko village, some 150 kilometres from Maiduguri, outgunning and forcing the soldiers to flee, then raiding the base of weapons and ammunition before setting it ablaze. This attack was perpetrated by the Mamman Nur terrorist faction,  Naij reported referencing the Punch.

Later the same April, Boko Haram killed a soldier and injured a police officer in an attack on the Dalori sector-3 military checkpoint, outside the city of Maiduguri. The terrorists carted away weapons and set fire to the shack, Daily Trust reported on the 13th.

On Sunday, April 16th, 200 Boko Haram terrorists on motorcycles descended on a military base at Sabon Gari, according to Vanguard and SaharaReporters . The terrorists had five gun trucks and overran the base killing 5 soldiers, injuring 9 with 4 missing. They burnt down the signal office, two Armoured Personnel Carriers (APCs), a Hilux van. The terrorists sacked the base of food and ammunitions.

April 19th/20th, the Vanguard report detailed another attack on troops of 82 Division Task Force Battalion. An Improvised Explosive Device, IED, laid by the terrorists was used in this attack, while the soldiers were on patrol along the Ngoshe-Bokkotinta-Pulka axis. Three soldiers were killed and two injured. The terrorists seized a gun truck, a mine lab detector device and four AK-47 rifles.

May 4th, in an attack at Mandarari ward in Konduga Local Government Area of Borno, two suspected female suicide bombers killed 7 people and injured 6 others.

Boko Haram on Saturday May 13th killed at least six farmers working on their land outside Amarwa village, 16km from Maiduguri, AlJazeera reported. ThisDay put the number killed at 11. Responding to the alarm raised by the villagers, the brave Civilian-JTF pursued and killed 4 of the terrorists.

Also on the same day, one person was killed and another wounded by a Boko Haram suicide bomb attack at university of Maiduguri.

May 16, two female bombers killed 2 and injured 7 in an attack at Shuwari Buri village, 38 kilometres from Maiduguri, Vanguard reported.

May 18th, two soldiers were injured in a suicide bomb attack near a refugee camp in Konduga town of Borno state.

The night of Saturday, May 20, Boko Haram on a looting spree sacked villages in Mussa district and opened fire on villagers in Askira/Uba local government area. SaharaReporters’ witness said at least 46 people were shot and 7 killed and many reported missing.

Same May 20th, Four Civilian-JTF IDPs, from the Dalori-1 Camp of Maiduguri were beheaded by the Boko Haram while hunting.

May 28th and 31st in two attacks terrorists reportedly killed as many as 21 citizens in villages near Chibok. The attacks occurred at Kaya village and near Gumsri, theCable reported.

Perhaps the biggest and most public assault by Boko Haram was the Wednesday June 7th attack on Maiduguri, capital of Borno state. Reuters pointed out that this 45 minute gun-battle at the capital, transpired 6 months after president Muhammadu Buhari had declared the terrorists technically defeated.

Hours before a scheduled visit by Acting President Yemi Osinbajo, Boko Haram terrorists staged the daring two-prong attack on Maiduguri. Armed gunmen invaded the Jiddari Polo area with anti-aircraft guns, according to Damian Chukwu, the state police commissioner at the same time, suicide bombers attacked another part of the city. At least 14 were killed and two-dozen injured in the attack on Muslims breaking their fast.  Although the Army claimed it repelled the attack on Jiddari Polo, the terrorists released video claiming the attack was a success and flaunting the arms and ammunitions they ‘captured’ from the Nigerian army. Like some other attacks, locals said they alerted the Nigerian security services of the gathered terrorists and  impending attack at least three hours earlier, but the army did not act.

June 17th. Scores were feared dead as Boko Haram invaded Gumsiri community near Damboa at 6pm break ramadan fast time. There were no soldiers of the Nigerian army to defend the community and the terrorists easily overpowered the brave Civilian-JTF. CJTF said: “Many may have been killed. Hundreds of civilians fled to Damboa.”

The morning of June 20th, in the latest of a series of attacks on travelers on the reopened Maiduguri-Biu federal highway, a large convoy of commercial, private and government vehicles passing through the Damboa road was attacked by the terrorists. Locals reported 8 police officers and several civilian travelers including a bus driver killed.

Also June 20 Boko Haram terrorists opened fire on 57 members of the MOPOL 51 Police Mobile Force from Oghara. In the unfolding story, at least 6 police officers were injured and as many as 57 officers reported missing.

While this report is not complete, it digs up enough media reports on serious attacks of all kinds by Boko Haram terrorists in the northeast, especially Borno. The following are observed from a cursory analysis:

1. The Boko Haram threat cannot be described as contained.

2. Studying the trend, it appears Boko Haram is getting stronger, acquiring more military vehicles, equipment and ammunition and staging more daring attacks on civilians and the military.

3. There are worrying reports of the Nigerian military being alerted ahead of attacks and turning its back on the communities, thus facilitating the unhindered assault by the terrorists. This adds to a scary public narrative that the Nigerian army suspended its assault on Sambisa forest for two weeks, allowing the terrorists escape and relocate. For more details on this, please read my earlier release: “Borno Residents Agitated Over Apparent Military Synergy With Boko Haram.”

4. The recent reported inadvertent funding of the terror organisation including in the undisclosed October 2016 negotiations that freed some 21 abducted girls and the May 2017 funding to the tune of 2 million Euros and release of 5 terror masterminds by the Buhari administration in negotiations to free abducted Chibok girls, can be accessed to have substantially increased the organizing capacity and deadly strength of the terror organisation.

5. All three leaders of the three arms of Boko Haram appear to be alive and in active duty in spite of military claims of success in bombing campaigns against the terrorists.

“Abubakar Shekau” has made numerous press releases and claimed deadly attacks, including the latest on the state capital. Ansaru leader Mamman Nur, is still well in capacity and Abu Musab al-Barnawi, son of late Mohammed Yusuf, still runs his show. It is not known whether Khalid Barnawi, the other section leader recently captured by the Nigerian army has been released in recent controversial negotiations. 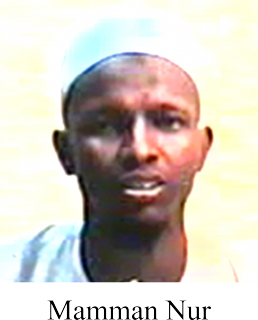 6. The submission many of us have made, that Boko Haram cannot be fully defeated until and unless its sponsors, local and foreign are known and addressed is greatly reinforced by the intractable apparent nature of the Boko Haram terror menace. Neither the Jonathan nor Buhari government has exposed or apprehended a single top-level political sponsor of Boko Haram.

7. Contrary to publicity statements of the DHQ and President Muhammadu Buhari, Boko Haram still controls large swaths of Nigeria’s territory where it operates form and “hides” captured artillery and numerous seized military vehicles and tanks. Regular army press releases of hundreds of abductees being liberated also proves the terrorists still control enough land it inhabits along with its captives.

a. Cognizant of the above factors, we demand a full, thorough and honest briefing of the actual terror threat posed by Boko Haram. Nigerians deserve to know how large the terrorist group currently is. What parts of the northeast it occupies and its leadership structure, capacity and internal and external relations.

b. We demand a thorough appraisal of the Nigerian military’s counter-insurgency capacity. Over two years in, we suggest a review of the Buhari strategy against Boko Haram towards developing an effective new approach employing all resources including community and citizens –Civilian-JTF, hunters, ex-officers, etc – towards putting a real lid on the Boko Haram threat.

c. As was provided during the previous Jonathan regime, we demand up to date DHQ press releases of territories captured and terrorists killed in military operations in the northeast.

d. It is no shame when evil terrorists are successful in killing civilians and soldiers. The shame is only when the Nigerian army attempts to hide the figures. We hereby demand the Nigerian military reconsider its strategy of silence and dishonest information propagation and institutes a new attitude of respect for the sanctity of life by releasing lists of names of brave Nigerians and martyrs killed in all Boko Haram attacks, whether civilian or military. Our lives are more than numbers, worse still when the numbers are deflated in a only-seen-in-Nigeria fake news military disinformation campaign.

e. In view of a recent report we released on our findings of the take over of trade in Borno by members of the Nigerian army, we demand  investigation and immediate dismantling of such bestial and unconstitutional operation that represents an abdication of responsibility and oppression of hosts and victims.

f. We demand an investigation into the conduct of the Nigerian security departments due to accusations ranging from permissiveness to collaborations with terrorists.

g. Due to the great risk to our soldiers and civilians, we demand Nigeria stop negotiating with terrorists and in the future desists from ever funding terrorists or freeing terror masterminds with blood or rape on their hands. Only wives and children and members who have never killed or raped can be released in exchanges.

h. Finally, we demand the local and international political sponsors of Boko Haram are exposed and dealt with.