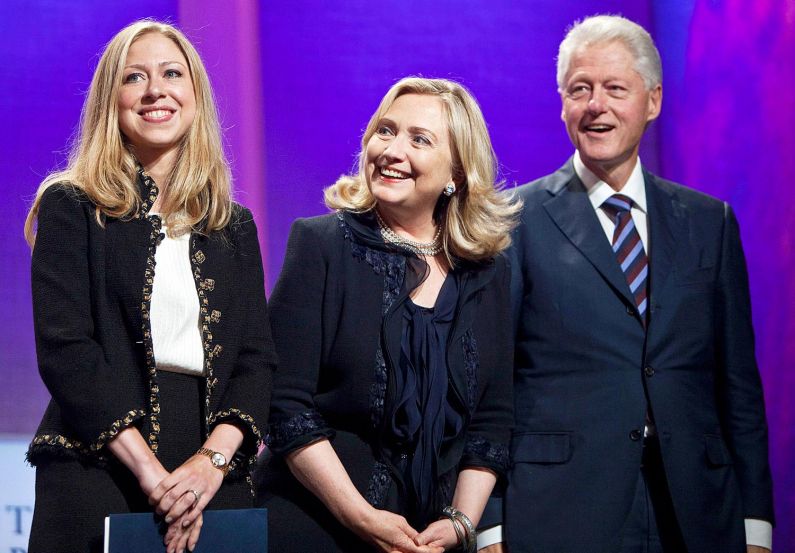 There’s a new rumor floating around the Internet claiming that Chelsea Clinton is not the daughter of former President Bill Clinton. The rumor also states that Chelsea’s real father “is the best unkept secret is Arkansas,” Radar Online.

According to the gossip site, many people were stunned when news spread that Bill Clinton was not Chelsea’s biological father, but the people of Little Rock, Ark. have reportedly known the truth for decades.

Radar claims that former Clinton aide Larry Nichols believes Webster Hubbell, former mayor of Little Rock, is Chelsea’s real father. Reportedly, years ago Bill admitted to having an affair with a local Little Rock woman after rumors surfaced that the woman was pregnant with his baby. According to Nichols, Bill denied the allegations and revealed that he’s sterile.

“We were discussing a woman’s claims that Bill had knocked her up and what we should do about it,” said Nichols. “But he denied that he could have gotten her pregnant. He said he had measles as a kid and that rendered him sterile.”

“His exact words were, ‘I shoot blanks.’ Stunned by what I’d just heard, I asked him, ‘Then what about Chelsea?’ And he said, ‘Oh, Webb [Hubbell] sired her.’”

(Photo : Facebook ) Webb Hubbell is rumored to be the biological father to Chelsea Clinton.

“That was rumored in Arkansas for years and totally public. A lot of people suspected that,” Shelnutt said, adding that the older Chelsea gets, the more she looks like Hubbell.

“Chelsea kind of looked like Webb at that time,” he said. “That is what a lot of people talked about. Of course Webb never discussed it with the family. It was just never brought up.”

The rumors of Chelsea’s biological father surfaced right around the time Hilary is expected to announce whether she will join the 2016 Presidential race. Chelsea is also pregnant with her first child with husband Marc Mezvinsky.

What do you think of the allegations?

(via Headlines And Global News)