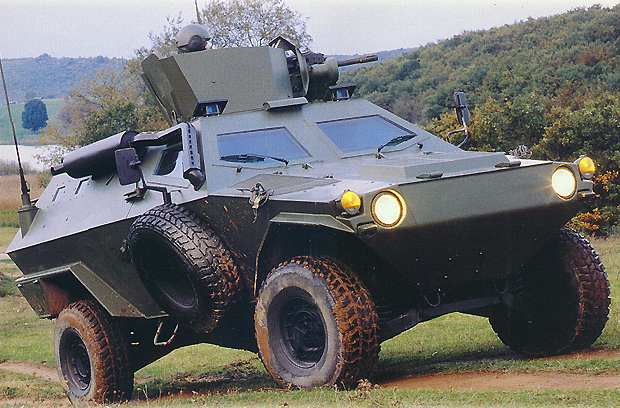 More details are coming in on how the Civilian-JTF, civilian vigilantes staved off a Boko Haram attack and possible abduction in Kalabalge local government, northeast Borno state, near the Cameroonian border.

The villagers who were prepared for the Boko Haram attack had dug out trenches for the purpose. The Rann village, located in the middle of a Boko Haram strong-hold, had been attacked by Boko Haram in the recent past. In that attack they had allegedly acquired two light-weight armored tanks and some AK47 rifles. They refused to turn in this ammunition to the government in an increasingly common response as more villages in the north are determined to take up arms to defend themselves in the current state of deadly insecurity.

The invading terrorists who launched an early Tuesday morning attack on Rann, Shuwa and neighboring villages, were met by a strong and determined villager resistance. Over 200 terrorists were killed. The full number of the dead is not yet known as the villagers ran in pursuit of the escaping and injured terrorists into the bushes to continue their extermination.

At the time of this report, about 20 villagers were said to have lost their lives in the fierce, brave battle.

Nigerians in the worst affected regions are seeking the formal right to bear arms and defend themselves. The Borno Civilian-JTF sent this request to Nigeria’s President, Goodluck Ebele Jonathan in a meeting with security agents this month. The ENDS civil activist group also sent a formal request for Executive Authorization of the people to bear arms, supported by the government to defend their territory and hunt and eliminate Boko Haram terrorists. The government is yet to officially respond to the open letter delivered to the State secretary on April 25th, 2014.

In related news, there was Mutiny in the military today as soldiers reportedly attacked a General officer commanding (GOC) of the Nigerian army 7th division, Major General Abubakar Mohammed, who was accused of sabotaging the military mission and not reporting to a particular mission he was requested to. He was said to have fled as he was fired upon when he came to his office at the Maimalari barracks. The soldiers went in pursuit of the commander, whose whereabouts are not known as at the time of this report.