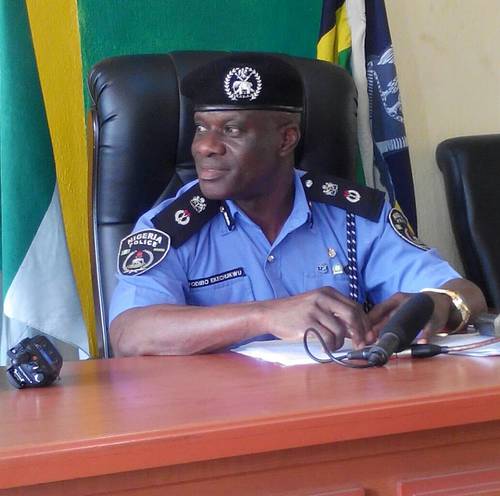 For one of the first times in Nigeria’s history, the government has shown real and proper action, firing the Enugu commissioner of police for his failure during the Enugu massacre that the department had been prior informed of. Nigerians have asked for the heads of the Enugu commissioner, IGP Arase and Army Chief T. Y. Buratai for various crimes against humanity and failure to do their jobs and protect human life. SaharaReporters reports:

The Police Commissioner in Enugu State, Nwodibo Ekechukwu, was terminated from his post today following a series of clashes between Enugu State residents and Fulani herdsman.

Enugu State has experienced significant bloodshed from attacks from Fulani herdsman and communal violence, including one attack in April leaving at least 48 people dead with houses and property burned to the ground.

The violence has sparked demonstrations across Nigeria and in cities across the world. Many protesters are calling for President Buhari to take action against the Fulani herdsman suspects and protect the lives of Nigerian civilians.

Mr. Ekechukwu is being replaced by CP Emmanuel Ojukwu, according to official statements.