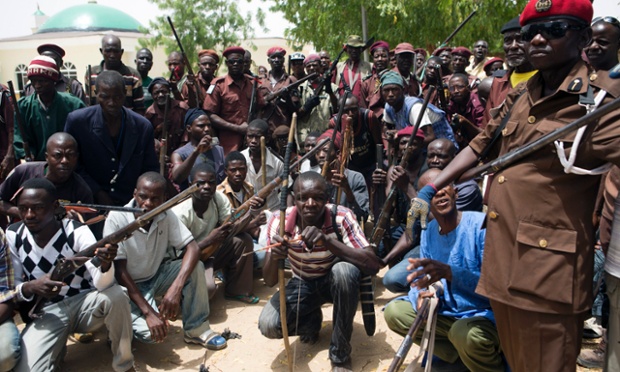 The terrorists had been wreaking havoc on some boundary communities in Adamawa and Borno states, and were reportedly fleeing into the bush after running out of arms and ammunition because they were attacked.

It was gathered that normalcy had returned to the the LGAs with troops stationed in strategic places.

A resident of Michika, Vandi Joseph, who spoke to newsmen on Wednesday in Yola, said that the insurgents were overpowered by youths and vigilantes who shot them to death.

Punch reported that the attacks on the people of Michika might be linked to the fact that some people in the town harboured the terrorists in their homes.

Quoting an indigene of the town, named Daniel who said, “Some people who have sympathy for the sect are frustrating military’s efforts at flushing out the insurgents.”