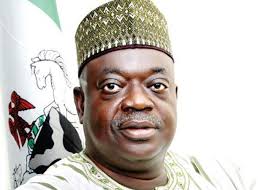 The Niger East Senatorial by-election has come and gone but observant will attest that it was a fierce battle between David Umaru of the All Progressive Congress (APC), and Dr. Shem Zagbayi of the Peoples Democratic Party (PDP).

The death of Senator Dairu Awaisu Kuta on June 12, 2014 paved the way for another opportunity for the people to elect who to represent them at the red chamber.

Saturday, August 30, the people came out to cast their vote under the watch of observers, security agencies and party agents. Results were later announced but the election was declared inconclusive as there were discrepancies in some areas.

Results in some units in six local government areas like Bosso, Chanchaga, Munya, Gurara, Rafi, paikoro, Tafa, Shiroro and Suleja were being withheld.

The Independent National Electoral Commission (INEC), fixed a re-run for September 06 due to some irregularities ranging from ballot snatching, arm-twisting of electoral officers and violence.

Announcing the final results after the September 06 re-run election, INEC declared Dr. Zagbayi of the PDP, who polled 92,056 votes to APC’s 87,405 votes as the winner and Senator-elect.

However, our correspondent, who spoke with Mr. Aliyu Zubair, an observer of the election disclosed that despite the re-run, there were so many discrepancies especially those executed by the PDP.

His words: “PDP gave N15,000 and a mobile phone to each voter. What they do to ensure you do not just collect their offer is they will tell you to raise your ballot paper after voting, after they confirm that that you vote for PDP, they will then give you the mobile phone and N15,000.”

Aliyu further revealed that he saw some voters raising their ballot paper under the rightful watch of the security agencies.

To forestall resistance from APC agents at the polling booth, Aliyu said that PDP gave higher offer to some APC agents who worked with them to perfect their rigging plan.

His words: “I was there as an observer on the election day and also as an agent of APC. If you agree as an APC agent, to allow a voter to raise his ballot paper to confirm he/she voted PDP, they pay you N300,000. We got to know this immediately after the election.”

Aliyu, announced this at the Government House in Minna while hosting winner of the election, Dr. Shem Zagbayi of the Peoples Democratic Party (PDP).

Meanwhile, the All Progressive Congress (APC), has rejected the result describing it as “unacceptable” to the party.

Niger State APC Spokesman, Mr. Jonathan Vatsa said though the party was yet to take a final decision on the results, the national headquarters was still looking into the result and will come out with a statement soon.

With the foregoing, the 2015 general election especially the governorship election will be a fight for all between the PDP and APC in the state.