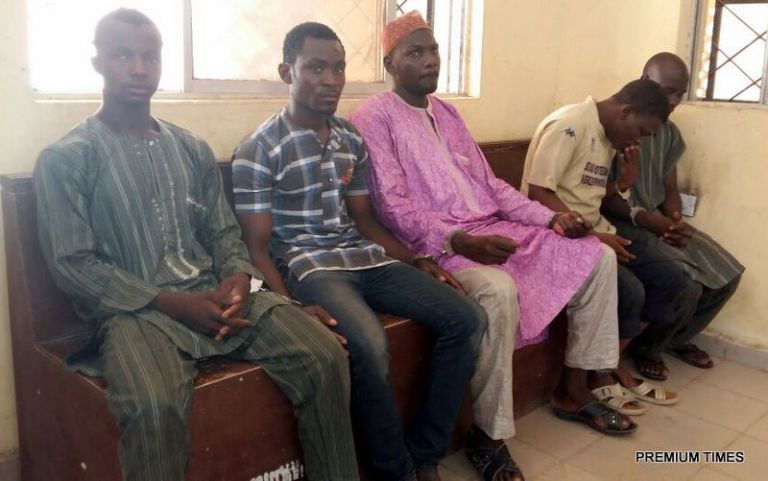 A Kano Magistrates’ Court on Thursday discharged all the five suspects, who allegedly killed a trader, Bridget Agbahime in Kano on June 2 over allegations of blasphemy.

Mrs. Agbahime, 74, an Imo indigene, was murdered in Kofar Wambai Market in Kano over alleged blasphemy.

The Chief Magistrate, Muhammad Jibril, discharged the five suspects and terminated the case as advised by the attorney-general of Kano State.

Earlier, the Principal State Counsel, Rabiu Yusuf, representing the attorney-general of Kano State, told the court that they received the case diary from the police on June 8.

“Having gone through the case diary, the attorney- general of Kano State evaluated the facts in accordance with Sections 130 and150 of the Criminal Procedure Code, presented the legal advice,” Mr. Yusuf said.

“The legal advice presented to the court, dated June 24, states that there is no case to answer as the suspects are all innocent and orders the court to discharge all the suspects.”

The counsel to the suspects, Abdulsalam Gambo, commended the attorney-general for the judgment in the case.

NAN reports that the suspects and their families expressed gratitude to God for the judgment and for their freedom. (NAN)