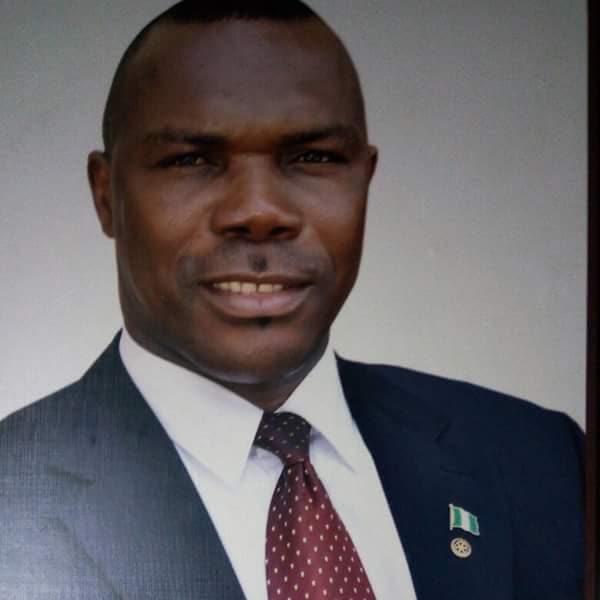 Sir Tobias Chukwukerue Amara is a public administration and management expert. He is also a senior lecturer in the Department of Public Administration, and Knight of the Anglican Church. In this interview, he dwelt on the recent outburst the President Muhammadu Buhari and the First Lady, Aisha Buhari, among others.

The recent outburst between President Muhammadu Buhari and the First Lady, Aisha Buhari, has generated mixed feelings among Nigerians. What is your take on the issue?

My take is that the issue was blown out of proportion.

Why do you think so?

First is that some of us some feed from propaganda and controversies .We have the knack to wade into issues and make a “mountains out of mole hill”. The second leg of the argument is that public administration varies from one sovereignty to another and the common denominator in the variation is the concept of ecology.

I am happy to inform us that the academic to whom this ideology is credited, Frederick Wriggs, is not a Nigerian. So what is our rationale for bullying our own for being himself: an African nay, a Nigerian of core Fulani extraction.

I see the whole saga as unwarranted and diversionary. Let us stop forthwith the dissipation of company’s time on this triviality, especially considering that the German Chancellor reacted on the strength of her public administration ecology to a statement made by our president on the strength of his peculiar public administration environment. The duo may have been ignorant of Fred Wrigg’s contribution but if you ask me I would say let us protect our own.

Another activity of the President that has been roundly criticised is his 56th Independence Anniversary Speech. How do you rate the speech?

These philosophies provide the framework for administration re-engineering in modern societies. The re-engineering is inevitable if there must be change. Unfortunately Mr President’s speech writer has demonstrated crass ignorance of emerging issues in public administration and governance. We will not, however, take it that the president has been embarrassed because nobody can give what he does not have.
Can you throw more expatiate this?

One, e-governance is about using ICT or other Internet facilities to deliver information and services to citizens, business, government or, and constituency. It increases transparency, speed, citizens’ participation and reduces corruption and bureaucracy i.e. bottle neck.

Besides,sustainable development entails using renewable sources in development planning and implementation such that development enjoyed today will not jeopardize the chances of future generations from enjoying same. It addresses the critical issues of hunger, inequality, illiteracy and good governance ie transparency, democracy, accountability.

One would have expected the president’s speech to consider the mood of the nation and citizens and say something new so that hope may be rekindled, but it was not so. The programs that were outlined are likely to be victims of same old reasons why programs failed because there does not appear to be any plan to do things differently. The human capital at the president’s disposal are the same old folks that ran the system aground. The only solution is new knowledge that will give rise to new ways of governance.

Let us not pretend that we do not know that the subsisting N18,000 minimum wage was implemented when exchange rate was about N180 to a dollar. Then it could get 3 bags of rice. Now with N485 exchange rate, the value of the minimum wage is about N6,000 and a bag of rise is close to N24,000. Even at that the salaries are no being paid. Let there be solution!