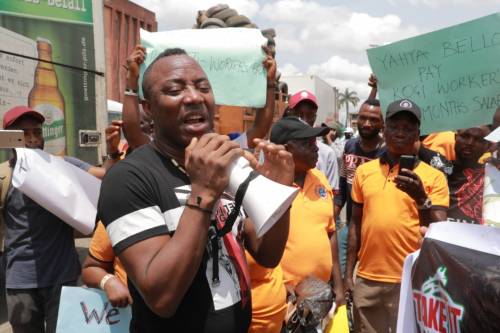 It was gathered that Sowore was picked up at his apartment in the early hours of Saturday.

Sowore posted a distress tweet at exactly 1:25 am with an eyewitness confirming that his phone was forcefully taken from him.

He also tweeted  ” Ja p”,  confirming his phone must have been seized while trying to raise the alarm about his arrest.

His arrest and detention are not unconnected to #RevolutionNow, a series of planned protests against bad governance in Nigeria  scheduled for August 5, 2019.

Sowore's arrest will not stop us from protesting on Monday August 5th #RevolutionNow #DaysOfRage #FreeSowore pic.twitter.com/xNyB4LxOkE