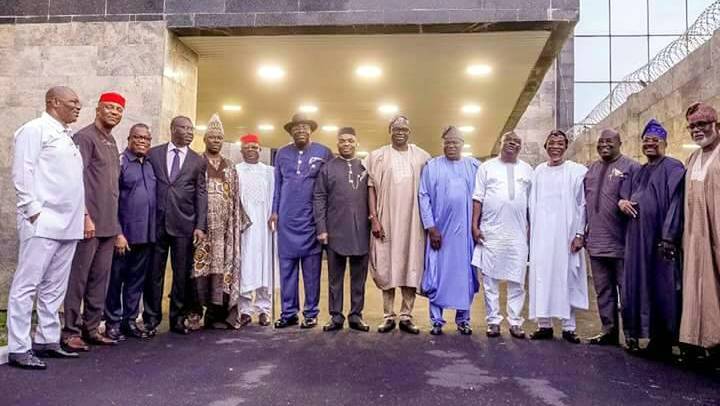 The governors of the 17 states of Southern Nigeria on Monday demanded devolution of powers to states from the federal government.

The governors also reiterated their commitment to the growth of Nigeria.

They spoke through a joint communique issued after they met in Lagos House, Ikeja, Lagos.

The governors met twelve years after their last meeting held in Lagos. The first summit took place in 2001 and the last in 2005.

The communique, read by Governor Akinwunmi Ambode of Lagos, also stated that the governors reiterated their commitment to true federalism and devolution of powers.

They also stated their commitment to a united, indivisible Nigeria and called for effective linkage of infrastructure in the southern part of the country.

The summit also appointed Mr. Ambode as chairman of the forum and governors Dave Umahi of Ebonyi and Seriake Dickson of Bayelsa as co-chairmen.