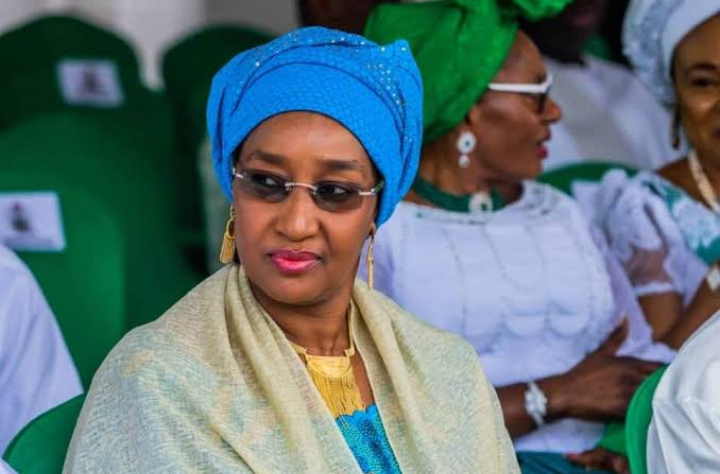 Nigeria’s Minister of Humanitarian Affairs and Disaster Management, Sadiya Farouq, has asked members of the National Assembly to nominate individuals from their constituency to oversee the implementation of the Social Investment Programme in the country.

This comes after a meeting between the minister and President of the Senate, Ahmad Lawan, and Speaker of the House of Representatives, Femi Gbajabiamila, on Tuesday.

At the meeting, Lawan and Gbajabiamila both made reservations about the scheme, asking the minister to seek their legislative input in the disbursement of the SIP funds in the country.

Confirming the report by SaharaReporters, the minister has now asked the lawmakers to nominate individuals from their constituencies, who would oversee the implementation of the scheme.

According to a source within the ministry, this development would serve as an immediate settlement for members of the committees at the Senate and House of Representatives.

In a letter personally signed by Farouq and sent to the House Committee on Poverty Alleviation, which was exclusively obtained by SaharaReporters, the minister said each member of the committee would nominate two individuals.

The letter reads, “Therefore, in our efforts to ensure your full participation, we invite each honourable member of this committee to nominate two individuals from their respective constituencies to serve as independent monitors.The letter

“These monitors would provide additional oversight of the implementation of SIPs in their respective federal constituencies.

“The nominees for the position of independent monitors should be submitted on/before 10th April, 2020 to enable the ministry commence reporting for the second quarter of the year.”

In backing the move, the minister said the nomination would form part of the ministry’s efforts to institutionalise the programme.

The minister also said that there was a need for proper oversight across all local government areas of Nigeria.

This connivance by the lawmakers and the minister has been met with strong criticism from Nigerians, however.

Special Adviser to President Muhammadu Buhari on the programme, Mrs Maryam Uwais, faulted the leadership of the National Assembly over its claims about the conditional cash transfer scheme.

She said that the claim by the NASS not being involved was wrong, adding that the documents relating to the structure, activities and progress of the SIP was routinely shared with them.

Uwais warned that it was pertinent to safeguard the entitlements of the poorest of Nigerian citizens, whose benefits are likely to cease because they are not known or connected to NASS members or any other person of influence.

She also said that there was a need to ensure compliance with the World Bank Financing Agreement as well as the Memorandum of Understanding signed by Nigeria, the Swiss Government and World Bank to facilitate the return of the funds recovered from the Abacha family.

The conditional cash transfer is being monitored by the World Bank and distributed in line with the social register of the country.

It is not yet known what the response of the World Bank and other countries involved in the implementation of the SIP would be.