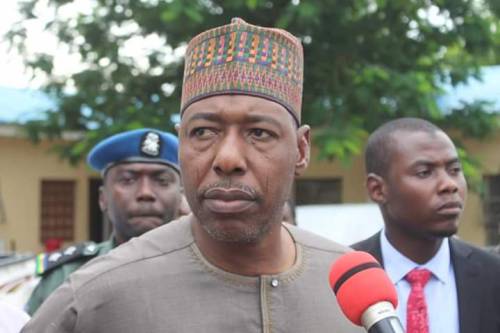 Zulum, represented by Commissioner for Local Government and Emirate Affairs, Sugun Mai Mele, presented vehicles and other items needed to carry out the task.

The Cameroonian vigilante group known as Kesh-Kesh, were presented with four surveillance vehicles and other fighting equipment on Saturday at a brief ceremony in Damasak, headquarters of Mobbar Local Government Area on the fringes of the Lake Chad Basin.

Zulum has since August accelerated the recruitment of thousands of hunters and vigilantes from different parts of Northern Nigeria to combat Boko Haram insurgents.