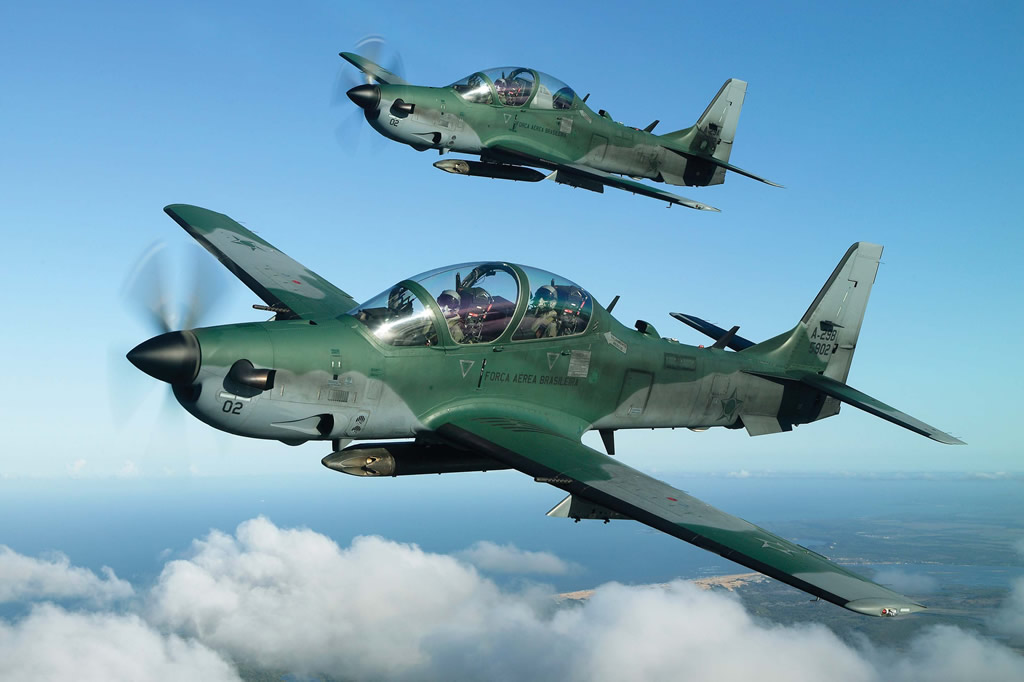 Look What You Made Me Do

He is a genocidal Salafi Jihadist and Takfir with an eidetic memory, going with multiple Nom de Guerre’s, he operates under the names Darul Tawhid, Abacha Abdullahi Geidam. Damasack, In March 2015 he pledged his allegiance to his ISIS first namesake Abu Bakr al-Baghdadi, like the dead Pirate Roberts, he dies and comes back, a legend kept alive by reports of his death which he refutes in Kanuri or Hausa language videos.

He prefers to be known as the leader of Jamā’at Ahl as-Sunnah lid-Da’wah wa’l-Jihād (more commonly known as Boko Haram), Group of the People of Sunnah for Preaching and Jihad. This role has formally being taken over by Habib Yusuf, also known as Abu Mosab al-Barnaoui.

In 2015 Boko Haram took home the prize of deadliest terrorist organization in the world, racking up a 20000 human kill count and displacing 2.3 million people, suffice to say that Daesh (yes that Daesh also was known as the Islamic State of Iraq and the Syria, that consists of head choppers, arsonists, and recreational rapists) disowned him for being too extreme. In case you think I am just giving a dog a bad name, Shekau’s Boko Haram faction is responsible for thousands of abductions of women and young girls and then using them for sex slaves(like the Chibok incident that propagated to social media) and men and young boys(who they use as conscripts and suicide bombers), plus mass killings of teenage boys including the Buni Yadi Massacre.

This is a man that can be referred to without nuance as “a bad hombre.” And he is one of the reasons (alongside various other bad actors causing a fracas in Nigeria) why the Federal Republic of Nigeria, led by President Muhammadu Buhari, is seeking the total of 12 Embraer A—29 Super Tucano from The Embraer Defense Corporation.

This article is not predominantly about Boko Haram, the power play between the separate factions of Boko Haram, or even about the conflict waging since 2009 between the Federal Republic Of Nigeria and various armed gangs pooling under the umbrella of Boko Haram. For that you can check out the work of @peccaviconsults and @beegeaglesblog, between the two of them they have a lot of the details on NA activities, today I am more interested in money, or better yet, where the money is spent on procurement.

Donald Trump is now the president of the United States of America, replacing Barack Obama and his foreign policy team, despite the hand-wringing going on in European capitals and various large cities in coastal America about the replacement of the Cosmopolitan Barack Obama, some Nigerian military commentators popped open bottles of palm wine and celebrated the removal of one of the anti-African presidents in recent history. Barack simply could not be bothered about Nigeria and its conflicts, citing the Leahy Act, the United States Congress and the State Department denied access to weapons with NATO and US components to Nigerian procurement specialists, multiple deals were blocked for air assets including Cobras and Tucano’s (we will get to the the Tucano’s) finally they shoved some MRAPs to the Nigerian army with a very ceremonial effort after Nigerian procurement looked to Eastern Europe to get a couple of T-72s and BMP’s.

This selfsame Leahy act that was cited in deny lethal aid or equipment to Nigeria was never cited in sending equipment (billions worth) to The Kingdom of Saudi Arabia, or to the United Arab Emirates as they killed civilians with amateurish airstrikes in Yemen. And of course did not stop the CIA from arming so-called moderate Islamists in Syria, I am sure they had no human rights violations. But Nigeria with its fight against Boko Haram, despite Michelle Obama holding up a #Bringbackourgirls sign, the US government could not be bothered to sell or permit the sale of equipment to Nigeria.

45 ripped off that veneer of hypocrisy quite rapidly, weapons would always be sold to Americas allies in the fight against global terror, whatever personal qualms (it surely could not be an objective qualm) Obama or the Hillary/Kerry brain trust had about the Nigerian government was put to rest when the United States defense industry saw an opportunity to make a killing. Now we get to the topic of this piece.

The A-29 Super Tucano Acquisition

The Nigerian government, currently led by Muhammadu Buhari, has been trying to procure counter-insurgency aircraft with extended loiter time for ISR (Intelligence, Surveillance, and Reconnaissance) and for CAS (Close Air Support) and somebody somewhere has decided on the A-29 Tucano. There is, of course, no idea about how the equipment is chosen, Nigerian defense acquisitions is 10 parts dark arts and 15 parts BS, with the left hand not knowing what the right hand did and analysts having to figure assets out when mandatory UN reports come back from the suppliers. This unnecessary secrecy in procurement is probably to facilitate corruption, with inflated numbers coming back and reports of cash buys of electronics and even small arms. There have even been reports of 7.62mm ammunition being procured on the black market for North East counter-insurgency operations. But I digress.

It was reported on April 10 by various sources that the US has decided to sell Nigeria 12 A-29 Embraer Super Tucano’s, the planes are powered by a Pratt and Whitney PT6A turboprop engine, and the variant being sold is co-developed by the Sierra Nevada Corporation, all these lovely Yankee bits have given the aircraft dual Brazilian and American ownership. The US has kindly decided to sell 12 units of this Aircraft to Nigeria, despite the human rights violations by its government, for the pittance of 600 million United States Dollars. Leading to a unit cost of 50 million United States dollars per plane, this is for a turbo propeller engine launched in 2003.

I would love to tell you about the two 12.5mm cannons, the 700 horsepower PT6A engines, the rocket pods that it can carry that will rain hellfire on Shekau’s head, I would love to tell you how many hundreds of Boko Haram insurgents will be detected and sent to an early grave due to these amazing capabilities of this awesome turboprop plane, however I cannot. Since its one of the most one-sided acquisitions I have ever seen, and obviously kickbacks must be flowing from someone to somewhere for this deal to be made, this is great business for the American defense industry, anyone that can find a buyer for 10 million dollar base aircraft, even with avionics, parts, and training of pilots (note, of course, we do not know the details of the procurement) for 50 million dollars deserves to be made vice president of the company, oh la la , the money is making me see things. Let’s do a very rough comparison.

The Sukhoi 25 has an approximate price of 25 million dollars per unit cost; Turkey purchased block 50 F 16’s for 57 million dollars apiece from Lockheed Martin, Egypt expressed interest in Mig 29’s at 44 million USD per unit, and eventually bought Rafales from Dassault at 250 million per unit. With the Rafale considered a 4th gen or a 4.5 gen fighter.

Let us even say Nigeria lacks the negotiating skills; other planes can fit the technical requirements, some built by South Africa on the same continent(the in development AHRLAC), that go for much lower prices. FMA IA 58 Pucará by Argentina or any number of turboprop trainers can be upfit with 3rd party avionics and 3rd party trainers. Or at least get a better deal. The United States government got a deal or 20 A29 Tucanos. With multiyear pilot training and support for 420 million USD, 20 aircraft, multiple Afghan pilots trained in the United States (A few who took the opportunity to illegally stay in the United States). This is on record! That’s a unit cost of 21 million dollars, twice the base cost, how can Nigeria be paying five times the base price, it makes my head hurt, someone smarter than me please explain to me how this rip-off could happen in broad daylight. Colombia paid 10 million dollars, and the plane has seen combat for them.

Worst case why not stay with armed drones for ISR and surgical strikes and buy some frog foots (S25) for close air support? Rather than splurge what seems like a wasteful amount on A-29 Tucano’s.

I have not even scratched the surface of options for the Nigerian Air Force; needless to say, I would ask that more people raise questions and that eventually all the details of this deal be clearly listed (more likely they will be listed by the supplier than by Nigerian MoD). The problem with wrong allocations of resources during a war is that people die if this $50 million can be put to better use, then it should. Our warriors go out every day in the badlands of the Lake Chad Basin, the Mandara’s and the Sahel, to kill the Salafi Jihadists that seek to administer savagery in that region; we that sit in comfort must do our part to ensure that they get the support they need.

This way the world can be more quickly rid of the Yusuf Habib’s, Baghdadi’s, Shekau’s and others of their ilk, if the men of the Nigerian Army get the support they need to wage a modern war, they will win in this conflict, the alternative is the administration of savagery.

.. And that’s just the half of my warpath