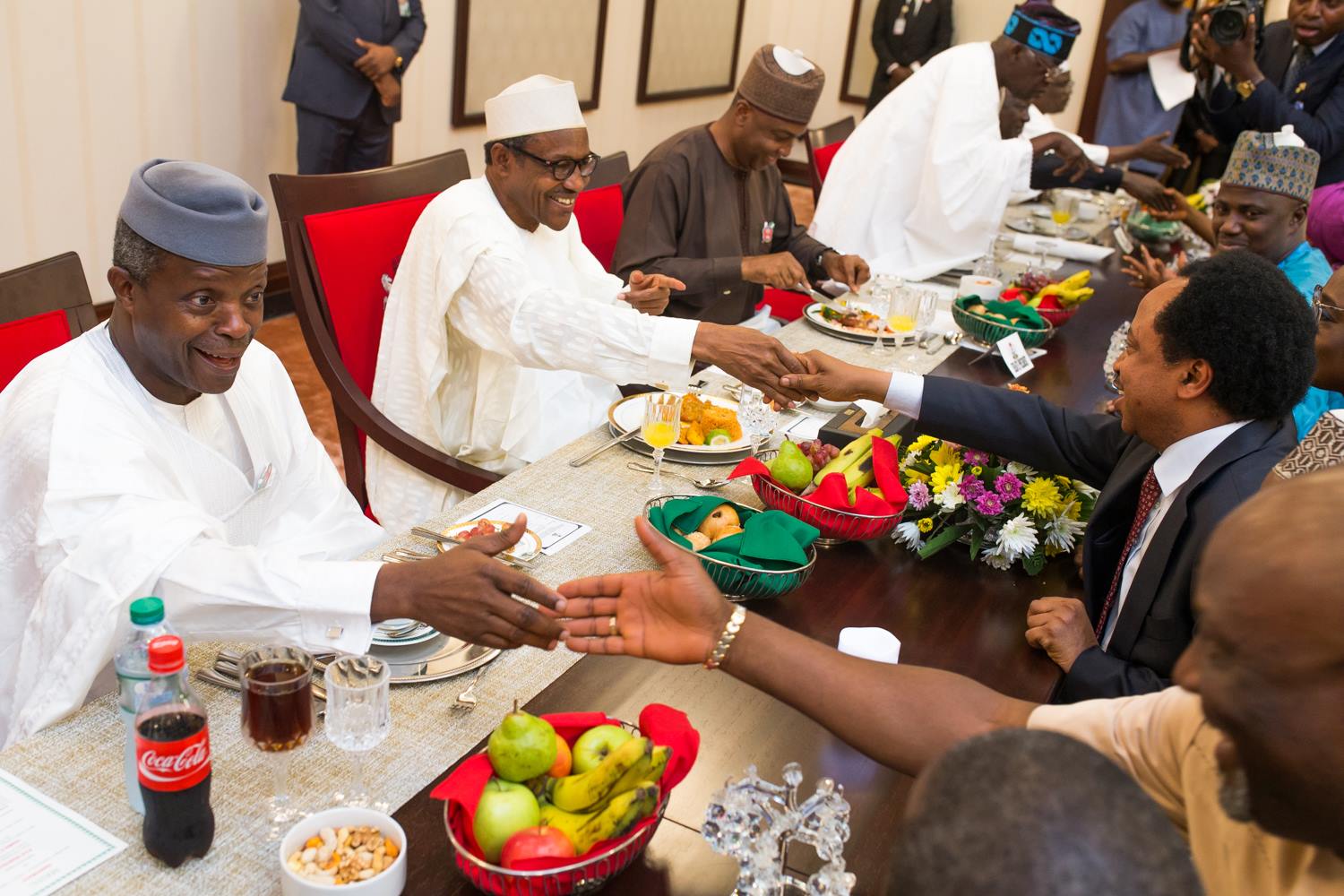 A Senior Advocate of Nigeria (SAN), Femi Falana, on Saturday said the era of absolute immunity had gone and that President Muhammadu Buhari, his deputy, Yemi Osinbajo and  governors who committed criminal act could be arrested while in office and taken for trials.

Mr. Falana said this while speaking on: “Limit of executive immunity” in Benin to mark the 60th birthday of the Secretary to the State Government (SSG) of Edo, Prof. Julius Ihonvebere.

Mr. Falana said that immunity did not also extend to electoral fraud.

Mr. Falana said according to a Supreme Court ruling, there was no longer absolute immunity. Therefore governors involved in criminal charges, including the leadership of the National Assembly must face the law.

Mr. Falana had earlier in an article published by PREMIUM TIMES on June 22 quoted the Supreme Court as ruling in Chief Gani Fawehinmi vs. Inspector General of Police (2002) 23 WRN 1:

“That a person protected under section 308 of the 1999 Constitution, going by its provisions, can be investigated by the police for an alleged crime or offence is, in my view, beyond dispute. To hold otherwise is to create a monstrous situation whose manifestation may not be fully appreciated until illustrated… The evidence may be useful for impeachment purposes if the House of Assembly may have need of it. It may no doubt be used for prosecution of the said incumbent Governor after he has left office. But to do nothing under the pretext that a Governor cannot be investigated is a disservice to the society.”

He faulted the invitation extended to the Attorney General of the Federation, Abubakar Malami, by the leadership of the senate over the forgery allegation against the senate president and his deputy.

“The senate is now politicising the issue, saying it is political victimization but not that the offence was not committed.

“As leaders of the National Assembly, you are supposed to be above board and that is even the more reason you must be careful.

“But I want to remind the senate that the Attorney General of the Federation is only answerable to his boss, who is the president and nobody else.

“The same thing applies to the states, so there is no longer absolute immunity in this country.

“And that is why what is happening in Ekiti today about money found in a bank and the governor is saying it is illegal to freeze his account that is not true.

“Any issue that is criminal in nature must be treated as such,” he declared.

Mr. Falana however described Mr. Ihonvbere as a resourceful Nigerian, who fought doggedly for the nation’s democracy.

Governor Adams Oshiomhole; the Minister of Niger Delta Affairs,  Usani Uguru; Speaker of the state House of Assembly, Elizabeth Ativie and other members of the State Executive Council were present at the occasion.