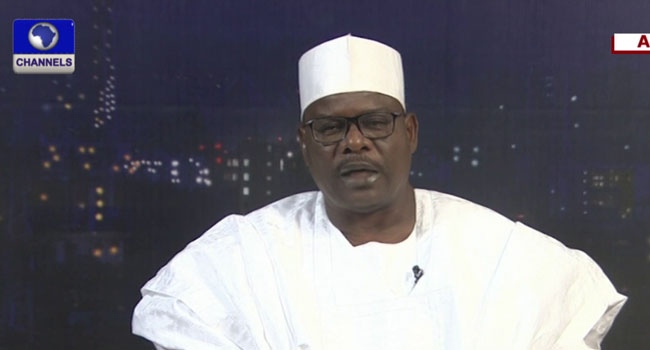 The lawmaker representing Borno South Senatorial District in the National Assembly, Senator Ali Ndume has decried the situation in the Northeast saying it is getting worse by the day.

Ndume, who is the Chairman, Senate Committee on the Army, also lamented the spate of killings and violence in his constituency.

According to him, terrorists recently attacked Askira and Damboa Local Government Areas of his state and killed some people while carting away foodstuff and other valuables.

He noted that personnel of the Nigerian Army were able to respond promptly to the attacks by repelling the insurgents, people had to scamper for safety due to fear.

“In Askira, people scampered into the bush for safety. I have not gotten the true assessment of the situation or report on the lives lost.”

Speaking further, the lawmaker said the renewed attack on the state comes when people had a sigh of relief that the spate of attacks has reduced.

He stressed that just last week, two bombs were detonated in a mosque in Gwoza, coupled with last week’s attack on Muno, near Maiduguri.

Although Ndume is of the ruling All Progressives Congress (APC), he, however, wants the President Muhammadu Buhari administration to wake up regarding its constitutional duty of saving lives and property.

When asked for his reaction to calls made by the Senate Minority Leader, Eyinnanya Abaribe, for President Buhari to resign following the perceived failure of the Federal Government to address the nation’s security challenges, Ndume said the call wasn’t necessary.