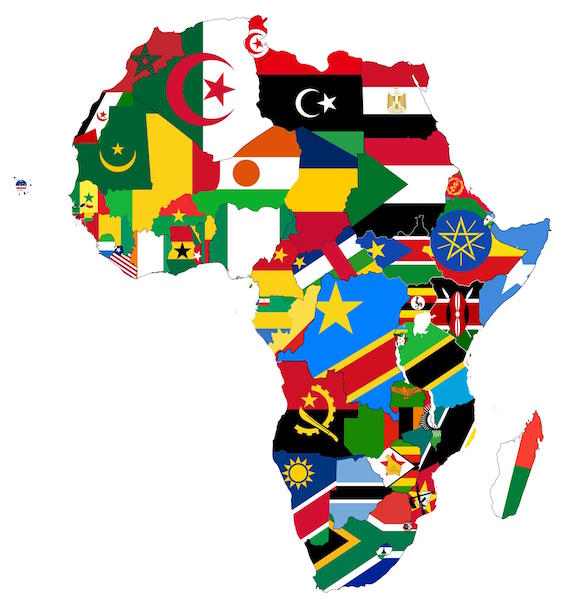 Businesses have always contributed a haven where you find people of different ethnic groups in pursuit of economic salvation. Any business that wants to expand its market share must expand to gain more people to patronize its goods and services. They need retailers to market services and goods. Africans have now come to realize that they have to patronize one another through the Continent. South and East African businesses now operate in West Africa and vice versa.

Local businessmen smart enough go outside to borrow in order to create manufacturing jobs at home so youths that want to stay could have incomes. Fear of lending spreads when borrowers become creditors by court fiat! We do not bankrupt one bank if we want others to lend to us. Even in the western world, if you refused to pay back and sue the banks as a USA businessman is famous for, you have to go out of the country to get odious loans for your projects.

When fear, riots and economic boycott that were irrationally carried out destroyed USA vibrant area, communities were blighted. Banks and businesses fled, killing jobs in their neighborhoods. Businesses are finally overcoming the fear of losing their investment in riot ravaged areas but if businesses of those that ventured out are not safe, we are discouraging others from investing in those areas. This is why local businessmen leave their towns to invest and live in safe areas.

African market is just growing. Even Africans in Diaspora are going back to African taste or food. Economic boycott will eventually work when we acquire other’s taste to the point of saturation. Right now, it is much easier for majority with attractive economic indicators to be self-sufficient and lure others to its taste, culture, land, jobs or entertainment than for minority to do so. This must be qualified as in some Asian countries; rich minority are the richest ethnic providing jobs.

Peaceful co-existence is failing even when they depend on one another for economic survival. Indeed, inter-ethnic marriage is so ingrain in some communities, we were hoping it would solve most of our problems. As our ladies are becoming more informed and independent; like men they have been able to unite us by marring men of their choice against cultural norms. Once amicable relationships between Ijaw/Itsekiri/Urhobo, Yoruba/Bini, Hausa/Kanuri are tenuous.

The saddest part is the effrontery and impunity when the hotheads challenge tolerance for one another. From neighbors like Ife/Modakeke, Aguleri/Umeleri or Hausa/Maguzawa to that of those with distance between their settlements like Hausa/Beroni, Igbo/Anioma, Yoruba/Bini, Yoruba/Igbo. We divide ourselves into recurring clans. People have lost respect for one another as many assumed they have the right to flaunt business/cultural norms that their hosts deserve.

Fortunately, we are changing and we are going for made-In-Africa. Why boycott our local rice for Uncle Ben’s? Business boycott worked well in western countries where they have saturated the thirst of consumers as they look for new ways to market different brand to others. In the western world, companies have spread into minority regions and sometimes killed local brands.
Even Chinese food has gone big and franchised; taking over mom and pop restaurants just as some soul food restaurants faded. A case in point are plantain chips. Mom and dad marketing “igbekere” in small chips at Rhode Island, USA. It went wild amongst Africans that were used to it at home. Before long, Spanish big business that were selling unripe plantain chips took it over and expanded the market even more. Today, plantain chips are worldwide delicacies at parties.

There is no doubt that there is a great deal of money to be made in Nigeria, not only because of its big population but Nigeria has more in the number of educated consumers and exotic tastes for local and foreign goods like most African countries. The real problem has been that Africans have never gone after their consumers in full force. We have more trading partners outside the Continent than we do trade within the Continent. So by boycotting; we patronize foreigners!

Despite all the corruption in Nigeria where money is looted by politicians regardless of ethnicity in the same club, the major businesses are still coveted in one region. Most ambitious and even destitute know the favorable region to go to in order to prosper. While others stay put in their regions and prosper, those at the bottom have to get out in order to get the Golden Fleece. It is no different from those killing themselves to cross the desert before reaching greener pasture.

Western Nigeria have ethnic kinships in large number in and out of Africa. They still dominate the real economy in Africa. Retailers, mom and pop stores cannot compete with big plants that were established as industrial estates well before those in other regions were established. It made Ogun and Lagos states two of the top biggest economies in Africa, if they were countries.

As long as greener pasture remains in Lagos State, it is suicidal to boycott. Lagos and Nigerian Govt. must establish rehabilitation centers to absorb high rate of migrations in. Otherwise, it will burst into new forced exit. The tension within Lagos is more than just cultural difference, it is between desperate adventurers trying to make it and hosts of the land afraid of losing it all.

Perform a little experiment: put two or three male and female mice in a pen. If space and food remain constant as the number of mice increase, nobody needs to tell you when they will start attacking one another. All the new novel theories about who own Lagos is hogwash. The Idejo Chiefs and their descendants are the undisputable land owners that gave or sold land to others.

Some places like Jos, Rivers, Enugu and Cameroon borders restrict land ownership by gender, class or community pressure. This will spread to the West where there are proposals to lease land to outsiders for only ten or twenty years and no more. Making the North most attractive. Some new comers are cultivating stories so that they can justify land ownership outside their states. Learning from American Indians’ plight, owners’ resistance may be unsurmountable.