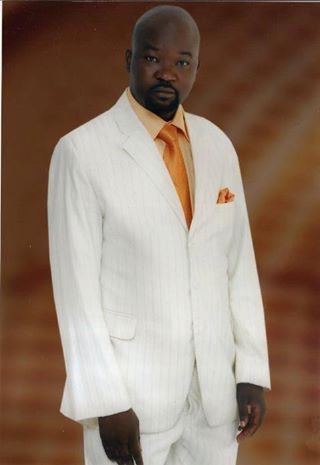 A couple of years ago, or slightly more, an international arrest warrant was issued against the President of Sudan, Mohammed Al-Bashir, over crimes against humanity and genocide allegedly committed through government sponsored terrorism in Darfur in the northern part of the country. Consequently, a lot of countries have expressed their willingness to arrest Al-Bashir if he sets foot on their countries or even attempts to fly over their skies.

As a result, President Al-Bashir has significantly reduced travels, and he is now holed up in his country, and consequently, the Darfur bloodshed has quietly stopped. No one hears of Darfur again.

Now that evidences keep pouring in each day that point at the Nigerian government headed by President Goodluck Nnamdi Azikiwe Ebele Jonathan, as the chief sponsor of the genocide and destruction going on in northern Nigeria, it has now become compelling, for the sake of humanity and justice, that we mount pressure on the international community to ask the International Criminal Court of Justice to issue an international arrest warrant on President Goodluck Jonathan and all his military and security service chiefs for the genocide and crimes against humanity in northern Nigeria.

The arrest warrant should include former Borno state governor, Alhaji Ali Modu Shariff, and former Chief of Army Staff, General Ihejirika, who have both been named by Reverend Stephen Davis, the Boko Haram negotiator and an Australian, as the sponsors of the terror group. In fact, all the service chiefs that served under this president currently living in retirement should be served this arrest warrant, and this is without regards to whatever confessions made by the Australian, for even without his much publicised confessions, evidences on ground have long pointed to the fact of “Boko Haram” being a False Flag operation by this government.

Of course, the ICJ is a very independent and meticulous court, and would therefore make its own investigations before pronouncing any verdict. Therefore, all of these state actors in Nigeria that should be arrested and investigated should harbour no fear of submitting themselves for arrest and investigation by the court because the court will be very objective without being influenced by any interested party. Therefore they can be rest assured of a very fair trial.

If warrants of arrest have been issued against serving rulers in Serbia, Bosnia, Kenya, Sudan and some other countries, then there is no reason why Nigerian rulers should be exempted considering the scale of genocide going on in northern Nigeria, and, of course, Nigeria is a signatory to the full jurisdiction of the International Criminal Court of Justice at the Hague.

In the recent past, there have been strident calls for this kind of warrant to be issued on former US President George Bush over his conduct of the war in Iraq, but what shields him is the fact that the US is not a signatory to the ICCJ’s jurisdiction while Nigeria is.

For five solid years now, President Jonathan and his security team have failed to name or even arrest just one “Boko Haram” sponsor in spite of their being in charge of all security and intelligence gathering agencies, but rather they have encouraged a well-oiled propaganda and lies machinery to blackmail people they consider as stumbling blocks to their evil career of corruption and brigandage.

And, of course, they have used “Boko Haram” as another conduit to enrich themselves through huge defence and security budgets never ever spent by any ruler in the country’s history, and which have not helped anywhere on public safety.

Moreover, the first and most important duty of government as enshrined in Nigeria’s constitution is the protection of life and property, President Goodluck Nnamdi Azikiwe Ebele Jonathan has failed in this regard, and has make his government as good as non-existent as popularly described by US Senator, John McCain.

It has often been my narrative that only people who can afford to cause the disappearance of $20 billion annually without qualms can afford to sponsor “Boko Haram”, and most of the bombings of the group have been used to distract and divert public attention from scandals in government.

And how does anyone explain the fact that President Jonathan has never ever visited any set of the numerous refugees scattered all over the north crossing through to Chad, Cameroon and Niger Republic? Not even once did he even delegate a cabinet minister or ministers to go and commiserate with the refugees let alone setting up a camp for them, and you expect any decent person not to say this is government sponsored genocide?

The only thing seated at the centre of this man’s heart and mind is the 2015 presidential election and how to “win” it. How heartless and in compassionate could anyone be? And why should such a man that is bereft of human compassion be in any public office? To do what?

Well, history records that Adolf Hitler also never ever visited the refugee camps of the victims of his killing craft. So it appears the devilish verses are being faithfully followed. Is there any worst form the devil can transform into a human being to torment people?

It is time the international community and the United Nations pay greater attention to the state sponsored carnage in Nigeria, and help bring it to an end.

With an international arrest warrant issued against these suspects, and if they eventually get convicted, they can even be sure of spending their lives in a foreign jail instead of the death penalty. Look at Charles Taylor now: upon all the atrocities he committed against human lives in both Liberia and Sierra Leon he merely got a life term jail sentence instead of having his hands, arms, legs, ears and tongue cut off as he did to a lot of his victims in those countries.

I would have loved all “Boko Haram” sponsors to be locked up in a heavy room and have them all bombed off inside such a place so that they can enjoy the excitement their victims enjoyed from their bomb-craft, but the International Criminal Court (ICC) will only give them a life sentence in jail! Kai! Haba!

Anyway, enough is enough! Human life is sacred, and no one should unlawfully waste it on any premise!

All those who care about life and humanity should do all they can for this call to be actualised. Let’s make this call louder and louder and urgent!

Thank you and God bless.