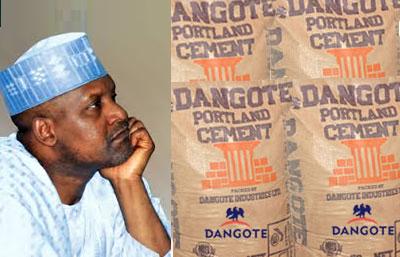 A Federal High Court has temporarily frozen at least 20 accounts belonging to Sani Dangote, a brother to billionaire businessman Aliko Dangote, over his alleged failure to pay a N5.2 billion obtained from Union Bank.

All cheques drawn on all of Mr. Dangote’s accounts in 20 banks are not to be honoured, the court in Lagos ordered Thursday. In a ruling Thursday, the judge, Okon Abang, said that the order affects payment instruments issued by the younger Dangote and his companies.

The order would subsist to Thursday, September 11, when the court would entertain applications in a suit by Union Bank Plc brought against Dangote and his companies, Dansa Foods Limited and Bulk Pack Services Limited.

Union Bank had launched a legal action against Mr. Dangote and his companies over his alleged refusal to repay about N5.2 billion loan granted them since September, 2008.

The judge also ordered all the affected banks to ensure that they file affidavits declaring the Mr. Dangote’s statement of accounts with them within five days of the interim order.

Union Bank, through its counsel, Chukwudi Enebeli, from the chambers of Kemi Pinheiro, Senior Advocate of Nigeria, SAN, had instituted various suits seeking an order restraining all banks in Nigeria holding accounts belonging to Mr. Dangote and his companies from allowing further funds withdrawals pending the determination of the suits.

In the affidavits in support of its suits, Union Bank Plc urged the court to expeditiously grant the order.

According to the bank, Mr. Dangote and the companies, in a bid to evade payment of the loan, have in recent times been pressurizing the affected banks to honour cheques on the affected accounts in a desperate attempt to deplete the funds in them.

Further investigations, the bank stated, also revealed that the defendants had started diverting the funds to various foreign accounts, including Dubai in the United Arab Emirates (UAE), Canada and Switzerland.

An official of the bank, Olufunmilola Ayoola, in a deposition to the bank’s affidavit, claimed the suits became necessary following the negative impact of the failure of Mr. Dangote to liquidate the debt on not only the fortunes of banks, but also the country’s economy.

Mr. Ayoola revealed that UBN Plc has been experiencing difficulties meeting requests for credit facilities from small and medium scale enterprises, majority of whom depended on such support instruments to sustain their businesses and boost the growth of the nation’s economy.

On Thursday, when the case came up for hearing, the motion could not be heard as Mr. Dangote’s defendants informed the court an application had already been filed challenging the jurisdiction of the court to hear the suits.

Diamond and Zenith Banks, which were the only banks with representatives in court, said Mr. Dangote and the affected companies were also indebted to them.

Specifically, Zenith Bank said Mr. Dangote was indebted to the bank to the tune of 7 million Euros.
Following the defendants’ application contesting the jurisdiction of the court to hear the suits, the judge ruled that the case be adjourned till September 11, 2014 to enable all applications to be taken from all parties.