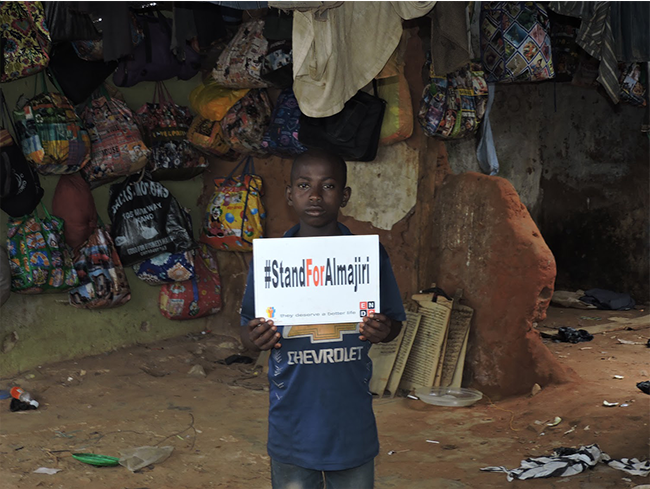 In mid 2013 I wrote my article, “Nigeria: Almajiri And The Nuclear Alms Race.” That was during the Jonathan era. It was a time of global despair in Nigeria and since the article was broadcast, nothing has been done, nothing has improved.

It is late 2015. The Almajiri are two years older now. Tens of thousands of new Almajirinchi have additionally been condemned to the life of family and societal abandonment. Tens of thousands of adult Almajiri have been released into society with many having no roots to family and connection to personal ancestral history. Hundreds have gotten hooked on drugs; hundreds have perhaps been engaged in terror, hundreds have died unrecorded and uncelebrated. 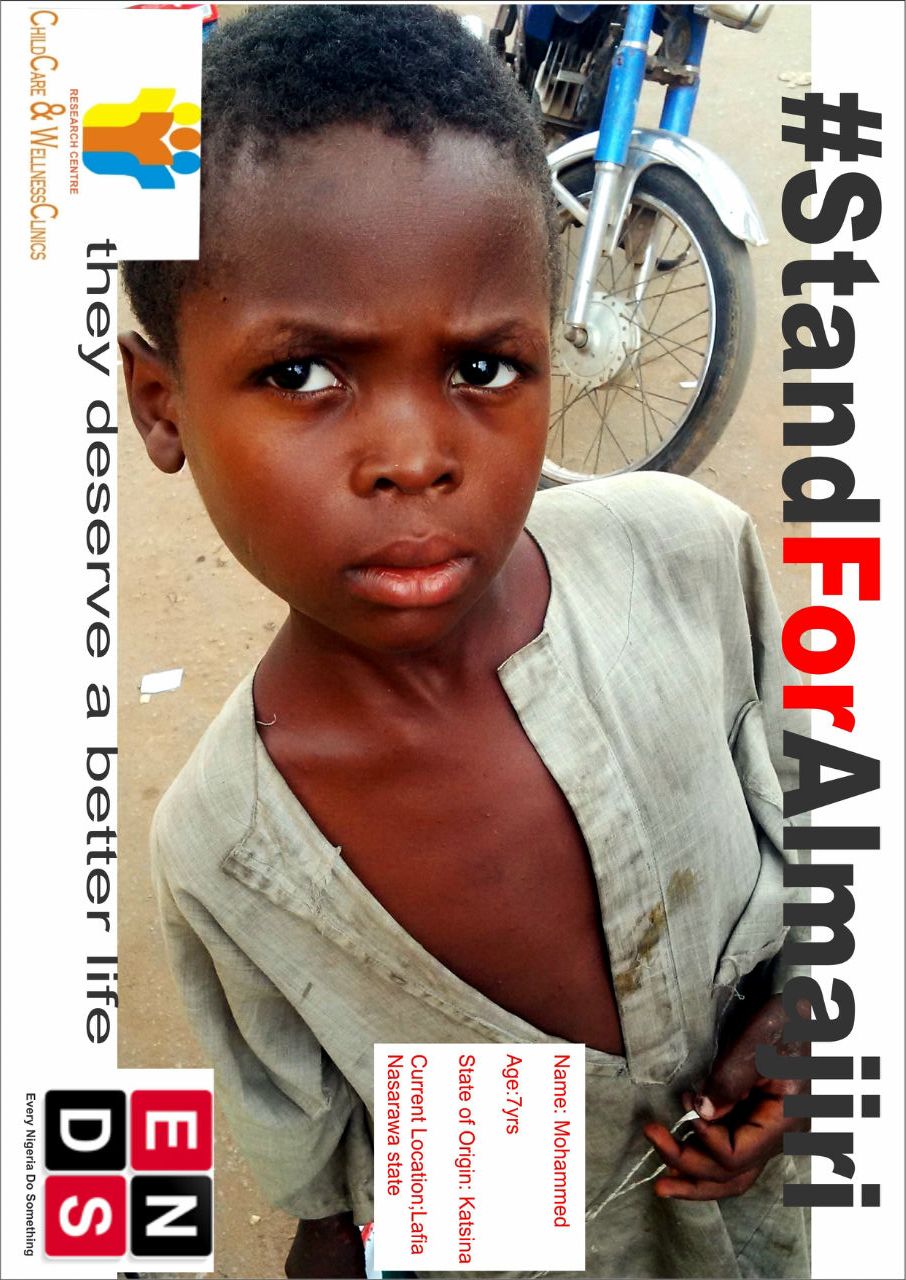 Of course there are good stories. Many have become notable persons in society, hundreds of thousands voted for Change and made Change happen to Nigeria. A service to a country that abandoned them that can never be over appreciated. Almajiri are survivors. Families of children, or children families, they are heroes in their own right. They are winners in a society of us losers. They were abandoned but it is we who are lost.

The Poverty In Jonathan’s Almajiri Schools

I am not sure why Jonathan set out to establish the so-called Almajiri schools. I cannot decipher if he did it out of good intention and bad advice as perhaps he claims was the excuse of most of his actions, or if he did it to simply chop money. The important thing is, the so-called Almajiri schools was a disastrous concept apart from being an illegal one. You cannot condemn children to a school adoption. Every child has the right to a home and a family. Almajiri schools were not adoption centers. They lacked the qualities of such. They if they really existed, because we have searched far and wide and failed to find them, were the authority’s enshrinement of an illegal societal practice.

Child abandonment is a crime. By establishing “Almajiri schools,” Jonathan became a partaker in the crime. Like he is renowned to have legalized corruption, so also did his misadventure attempt to legalize child abandonment.

There Is No Place For Child Abandonment In Islam

For the Muslims reading this, it is important to recognize that ever before the United Nations came up with the “Rights of a child,” declarations, the Prophet of Islam had clearly defined similar rights.

It was narrated that Ibn ‘Umar said: “Allaah has called them abraar (righteous) because they honoured (barru) their fathers and children. Just as your father has rights over you, so too your child has rights over you. Al-Adab al-Mufrad, 94.

Indeed a child according to Islam has rights even before they are born. They first have the right to a good mother. This means, we must not choose our wives because they are just “hot,” in our view, or “kool,” but we must choose our significant other based on among other virtuous factors, the best qualities we think our hoped-to-be-born children will enjoy and benefit-from in them. 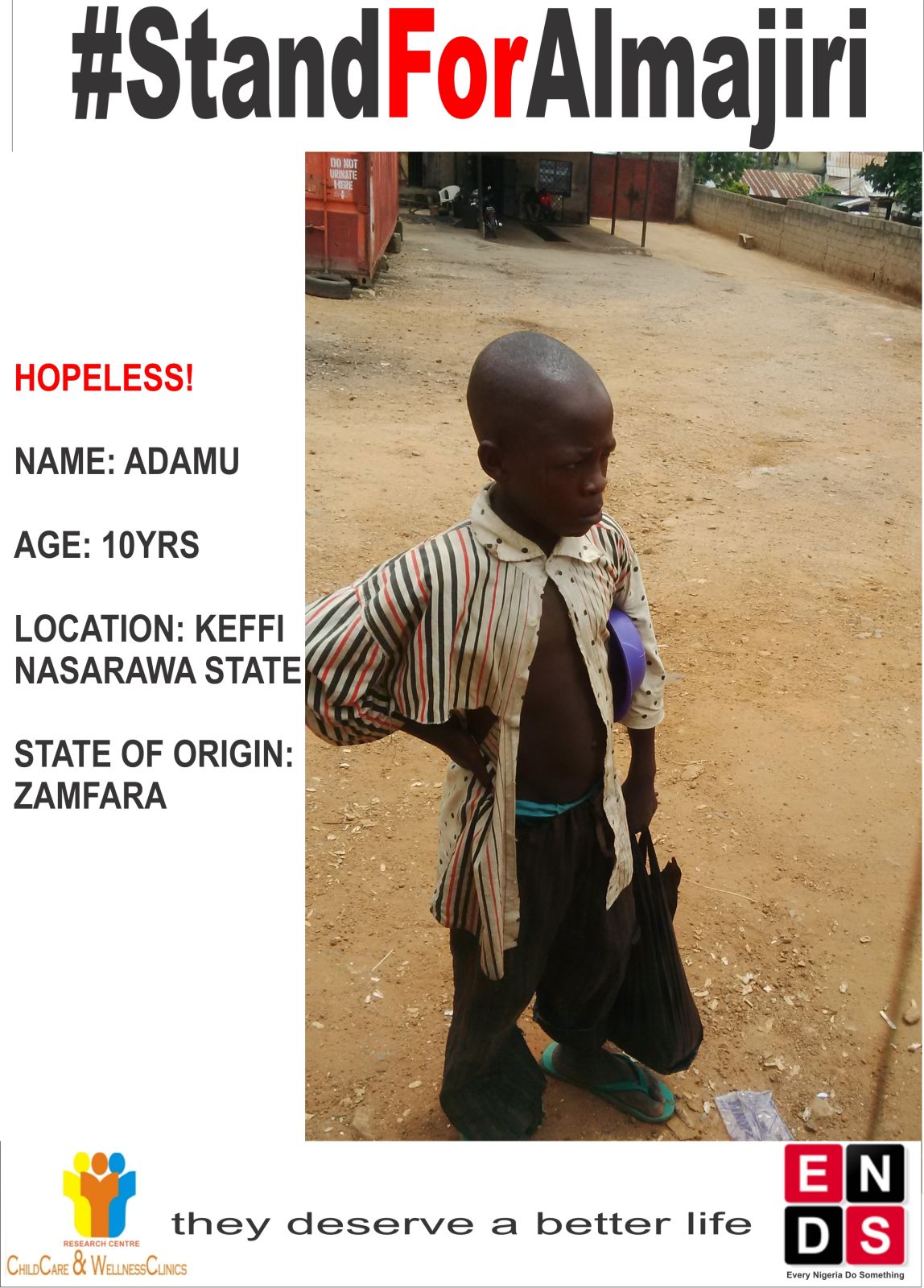 The child has a right to a good name, proper education and family upbringing.

By abandoning our children to beg for their sustenance and tuition, we as a society, not just the parents are bequeathing our responsibilities and violating our obligations to humanity and God.

The erroneous cultural habit in Nigeria’s north and neighboring parts of West Africa where the children are labeled as “Almajiri,” meaning “Al Muhajirun,” or those who sojourn, lacks basis in Islam. Thus society and the government of Nigeria should not only discourage and phase out this practice, but should embark on banning it’s replenishment from the homes. Proper adoption centers must be established for the kids that cannot be reconnected with their parents.

A child has the right to home upbringing and must be protected from exploitation, begging to pay for his own tuition. This habit has brought not only shame but wrath on Nigeria. One can only imagine the pain to mothers when they agree to abandon their kids to a life of poverty, deadly risk and abuse.

Since we commenced the www.AlmajiriProject.com early this year, headed by Mohammed Sabo Keana, we have talked to several Almajiri children who cannot trace their origin and do not even know their parents names. 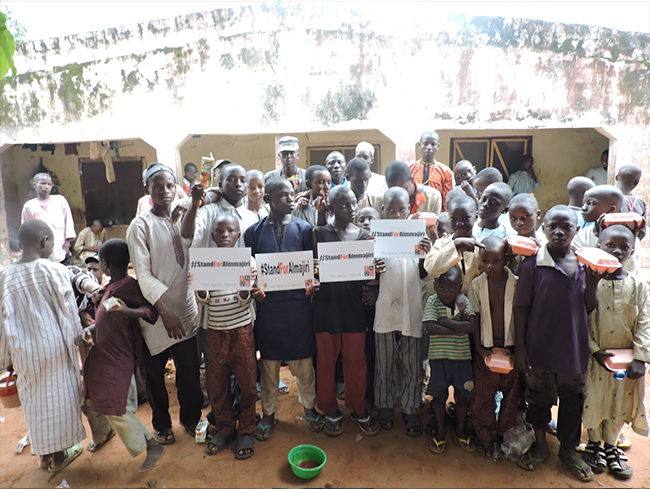 As we fed hundred boys in some Almajiri schools on the two Eid Sallah’s this year, our hearts bled to see that these children had no Sallah celebration plans in store; had never been treated to Sallah feasts and actually went out to beg on such days.

Nigeria’s Human Rights Commission chair, Professor Chidi Odinkalu said to us that we should see an end to this habit in our life times. We will by God’s mighty grace. ENDS invites all Nigerians to #StandForAlmajiri. We thank Yewande of Change Rocks Foundation and other artists and humanitarians who have decided to be ambassadors of the www.AlmajiriProject.com.

To Nigeria’s 10 million Almajiris and the children at home who are being primed to be sent off into the Alms race, we promise you that we will not stop to fight for a better life for you, because you deserve it.