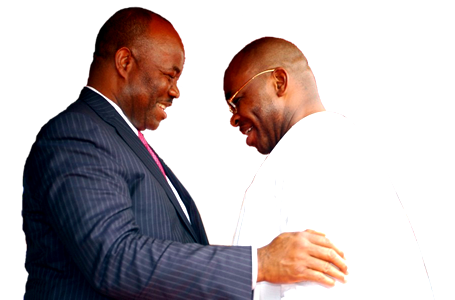 The Nasarawa State Governorship Election Petitions Tribunal in Lafia headed by Justice Halima Shammaki on Wednesday, September 30, 2015 delivered judgment in the petition filed by Mr. Labaran Maku of the All Progressives Grand Alliance (APGA) against the election of Governor Tanko Al-makura of the All Progressives Congress (APC).

The Tribunal unanimously dismissed the petition for lacking in merit.

I have not had the privilege of reading the full text of the judgment, but going by the report in the Punch Newspaper on the judgment especially on the issue of Card Reader, data analysis of the forensic experts, allegations of malpractice and over voting, I am confident that justice will prevail in the Akwa Ibom State Governorship Election Petition.

Inter alia (among other reasons), the Tribunal in Nasarawa dismissed the petition because of the failure by the Prtitioner to prove certain facts. Subject to the decision of the Tribunal, those preconditions and facts were met by the Petitioners in the Akwa Ibom case especially as it relates to Card Reader data and forensic analysis.

Of importance is the reasoning of the Nasarawa Tribunal on the issue of failure to use Card Readers. The Tribunal in its judgment held that the Petitioner had failed to prove that Card Readers were not used in certain polling units. This apparently was fatal to the case of the Petitioner.

Another significant part of the judgment as reported by the Punch Newspaper relates to the credibility and probative value of the data analysis by the forensic experts engaged by the Petitioner. The Tribunal it its judgment held that it cannot rely on the data presented by the experts because they did not originate from the Independent National Electoral Commission (INEC). In other words, INEC was not the source of the data relied on the experts in arriving at their conclusions.

In the Akwa Ibom case, the issue of whether Card Readers were used or not or whether the number of votes cast exceeded the number of accredited voters will be determined by the data contained in Exhibit 317 ( The Certified True Copy of the polling unit by polling unit Card Reader accreditation report for the whole of Akwa Ibom State obtained by the Petitioners from INEC on 27th April, 2015).

Therefore, in the Umana Umana’s case, INEC is the source of the data. Exhibit 317 will speak and the Tribunal will draw necessary conclusions accordingly.

Again, the forensic experts in the Akwa Ibom case carried out forensic analysis on the election materials and INEC documents sequel to an order granted by the Tribunal. The Tribunal equally granted the Petitioners the leave to call the forensic experts as additional witnesses. Their report which was based on data obtained from INEC was tendered and admitted. The report was accompanied with 14 appendices.

Another point worthy of note is the part of the judgment in the Nasarawa case as reported by the Punch Newspaper that the Petitioner failed to prove malpractice during the election. In the Akwa Ibom case, beyond the testimonies of witnesses and documentary evidence led on the issue of malpractices and violence, there is Exhibit 337 (A Police Report that detailed instances of violence during the election). The Tribunal will determine their probative and evidential value.

Finally, the Tribunal in Nasarawa also held that the Petitioner did not sort out the ballot papers. In the Akwa Ibom case, INEC (the 4th Respondent) had criminally and wilfully lumped ballot papers of different polling units, wards and local government areas, immersed them in water and packed them into bags in the most despicable manner contrary to the express provisions of the INEC Manuel for Election Officials all in an effort to frustrate sorting and inspection.

The ballot papers in their terrible state were tendered and admitted in evidence and marked Exhibit 345. The forensic report detailed all these infractions.

In the course of trial, the INEC Electoral Officer for Onna Local Government Area, Mr. Dominic Okena, who testified as Defence Witness 26 could not identify the ballot papers used for Onna Local Government Area where he supervised. He admitted in the open court that the ballot papers were mixed. Whether the Respondents will be allowed to benefit from their own illegality and wrong doing is left for the Tribunal to determine.

I will not go further having covered all the issues reported by the Punch Newspaper. The question now is: how will these disparities between the cases of the Petitioners in Nasarawa and Akwa Ibom affect the judgment in the Akwa Ibom case? I cannot answer this because doing so will be subjudice. The Tribunal will decide one way or the other.

Case are decided on their merits. No two cases are the same.

Judgment in the Akwa Ibom State governorship petition will be delivered on or before the 25th day of October, 2015. That is the day that the mandatory 180 days period stipulated by Section 285 of the Constitution of the Federal Republic of Nigeria 1999 (as amended) for the determination of election petitions will elapse in the Akwa Ibom State governorship election petition.

Our faith in the Judiciary is unshaken.

Campaign #StandForAlmajiri: Why We Must End Almajiri ...