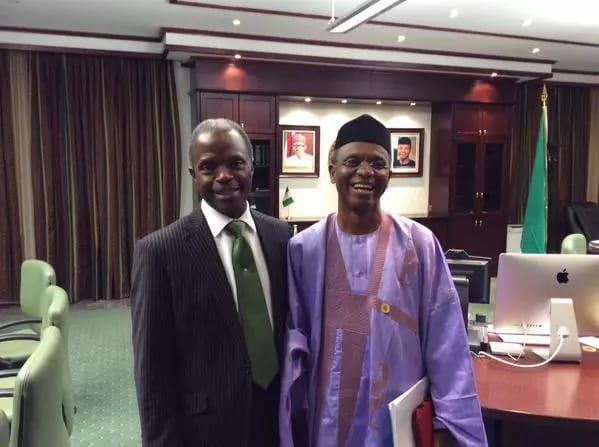 The first malicious tale was cooked up by Jonathan’s Trent blog. (We all knew when Jonathan, Wendell Simlin, aka Reno Omokri, Reuben and co established the online blog for 2015 election campaigns). The lie invented described a so-called clash between Vice president Yemi Osinbajo and Kaduna Governor Nasir El-Rufai, with the Vice allegedly storming out during an alleged National Economic Council (NEC) held on 17th September, 2015.

The astonishing truth however as confirmed at the time from those on ground was that not only was there no such clash or walk-out but worse yet, there was no such stated meeting actually held that day. On the very day the Vice President and Kaduna Governor were chatting in the Vice’s office when perhaps having heard the ridiculous rumor invented or perhaps per chance, they tweeted a picture of them together in Osinbajo’s office.

But this evidence did not deter the Jonathanians. They are a very desperate folk. Things are not going nearly how they wish. Funds are running dry and the EFCC is Witch-hunting them.

Before we continue with the cooked-up tales 2 and 3. Let’s state the motive of this rather retarded ploy.

Jonathanians are really desperate. They partook in the looting of billions of dollar/ trillions of Naira. The hammer is coming down hard on them. Not only have they lost access to the nation’s wallet, but also they are being globally humiliated and faced with jail. With every passing day they are looking for a way to trigger chaos in Nigeria or to kill Buhari (God will not let). Chaos is always a suitable weapon to disrupt progressive mechanisms and create a pathway for the corrupt.

With Boko Haram having failed to destroy Nigeria as they intended, and coming to an end, sponsoring a Biafran chaotic eruption is their last, desperate resort. This is why you have Radio Biafra suddenly blasting at the top of its voice. It is no accident that the station that used to promote Jonathan, his conference and his army chief-accused of using Boko Haram to loot billions of dollars meant for the army, is suddenly powerfully financed and assisted to broadcast and incite.

The Jonathanians further suggested that Igbos should not accept political positions.

The entire plan is rather infantile:

1. Look for any material  or invent it to advertise the Buhari/Osinbajo government as a Fulani empire.

2. Try to get Igbos out of the government and Nigeria’s course to progress, change and redemption.

4. Orchestrate and promote Fulani cattle rearer violence across the south.

Yes, so we get to Pastor Osinbajo.

For them, there is an urgent race to stoke sectarian strife before the full lists of Buhari’s appointees is made and the government is recognized globally for what it is — a government for all Nigeria. The first appointments of a handful of trusted posts which had a northern leaning was the perfect weapon they sought. They have been in a hurry to double down on that and stoke the tension they hope for before the nonsense of a so-called northern agenda is obvious to all as it has been ever since to the enlightened.

But the big problem they believe they have is Pastor Osinbajo.

A well respected and loved Southern Pastor and Attorney of stellate character, loved North, South, East and West and abroad.

Pastor Yemi Osinbajo gives Jonathanians cold chills. How can they promote the Buhari government as a Fulani empire when Pastor Yemi Osinbajo is there as a super powerful Vice president, Minister of the Economy and head of many divisions of the government, perhaps more than Buhari. Reminiscent of the days and memories of Buhari’s former deputy, late General Tunde Idiagbon of beloved memory.

History repeated itself, perhaps due to Buhari’s style. President Buhari always equips himself with a super-human Vice who is presidential in more ways than every. And unlike other many other presidents and countries where the Vice is in the shadows, Buhari enables and empowers his.

Pastor Yemi Osinbajo (SAN) is factor 6 but of primary priority. The Jonathanians are desperate to destroy him and diminish him to Nigerians. They are desperate to have him replaced. Thus the concocted tale.

So after a round table discussion they decided that the only way to stoke ethnic tension, to create sentiment against the Buhari-Osinbajo government was if Osinbajo was sidelined. And since the opposite was what was happening, they had to invent the sidelining.

While discussing this with a very sharp individual, he said, “they are trying to make hay before the Sun shines.” Indeed it is so. They decided to use all their media platforms to stubbornly invent, recycle and reinvent a tale of the Vice being sidelined and a “Fulani” northerner being the defacto Vice. Nasir El-Rufai, was the perfect candidate. And so it was.

After the non-meeting of September 17th, the Jonathanian Trents press published the fake story of a fight. Vanguard came up next and recycled the story.

With the story not proving the hoped effect fast enough, they decided to make up the second tale building on tale number 1. The Vanguard cooked up a nice tale about actual tense matters in the APC party and in that tale they silently re-broadcast the cooked-up tale of a so-called fight between Osinbajo and El-Rufai (Roofy!) and they then added that quashing the alleged fight was an agenda of the APC Oyegun summoned meeting.

Next was time for edition and re-broadcast 3. In an October 1st publication, as the list of Buhari’s ministers was being leaked proving Buhari had no northern agenda and was a fair president even if politically compressed, a certain Vanguard author, Ochereome Nnanna released a title “El Rufai ‘insults’ Osinbajo – déjà vu” in which he re-broadcast story 1 of the invented meeting and cooked-up clash; he then re-broadcast cooked-up story 2, of the invented APC meeting agenda to “discuss the conflict,” and there they added plenty more senseless and staccato thoughts about El-Rufai’s so called past political history in Obasanjo’s era. they named everybody, Ribadu, late yar’Adua. Any name to make the tale. They added some more cock and bull stories invented by Jonathan’s Trenst online blog claiming Osinbajo was fenced from a certain National security meeting at the beginning of the Buhari administration, when he was actually setting off for Sudan to proudly represent Nigeria among other African leaders at Bashir’s inauguration, some more cock and bull propaganda about an invented locking of the Aso Chapel and they concluded propaganda step 3. 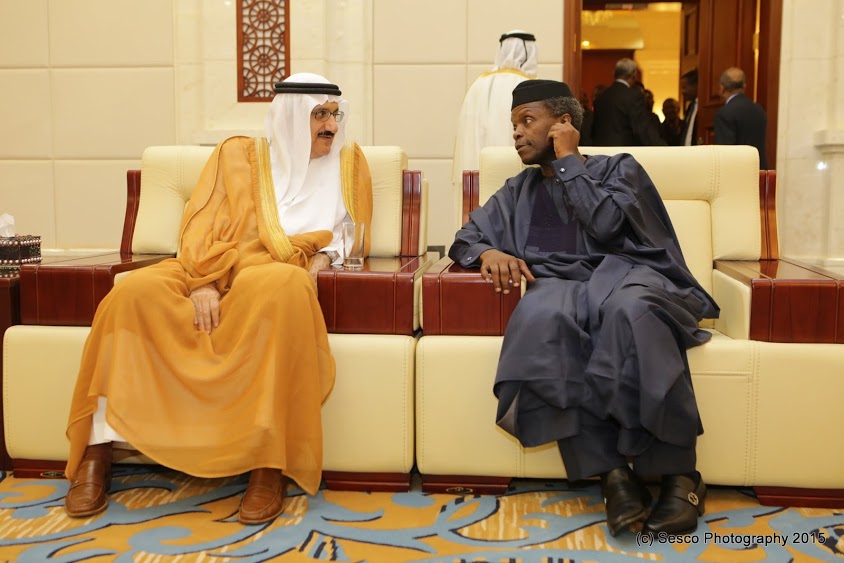 We can expect more of these juicy tales by moonlight from the Jonathanians. Nigerians are however wiser than them. We wish all the Wendell Simlins Goodluck and success in their endeavor. This corrupt race of “humans” along with their party, is going extinct, soon to join the dinosaurs to be viewed in museums as a bad predatory humanoid product of failed Darwinian evolution.

Make unna carry go if them no sue you, nothin do you!