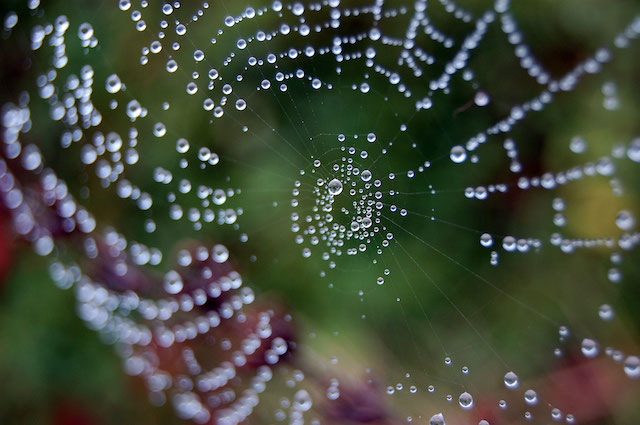 Spider silk is a substance with incredible properties that has proven to be quite hard to imitate. Following are a few of these features:

Being able to artificially mass-produce this amazing substance has long been a dream of many scientists. If this dream comes true, many sectors, from the military to healthcare would benefit enormously from spider silk. To give examples to the products planned to be manufactured using spider silk:

Why Spider Silk Cannot Be Produced Through Natural Means?

There are inherent problems that come with the incredibly difficult process of natural spider silk production. It is nearly impossible to breed spiders and farm them for their silk like silkworms; it would be far too arduous a procedure. Moreover, since the silk obtained from spiders is very limited, it does not meet the amount required for mass production. So, all these challenges led scientists to carry out research on the possibility of artificial production of spider silk.

A major step has been taken on the issue of spider silk with research recently conducted by the scientists of Swedish University of Agricultural Sciences and the Karolinska Institute. Led by Anna Rising, the research team announced they had developed a new method, which allows them to produce a kilometer-long material that has the same properties with spider silk.

Before being spun into a fiber, spider silk, which is made of proteins, is stored as an aqueous solution in the silk glands. The research showed that there is an impressive pH gradient in the spider silk gland, and that this well-regulated pH gradient affects specific parts of the spider silk proteins. It was seen that this ensures the rapid formation of fiber in a defined place of the silk production apparatus. In this manner, its production has become suitable for industrial use.

“To our surprise, this artificial protein is as water soluble as the natural spider silk proteins, which means that it is possible to keep the proteins soluble at extreme concentrations. This is the first successful example of biomimetic spider silk spinning,” says the team leader, Anna Rising.

What truly excites scientists, especially Anna Rising, is that now the industrial production of spider silk will be possible. With its production, this fruitful silk will begin to be used in many of the fields we have listed above.

State-of-the-art technology, hundreds of scientists, hundreds of thousands of dollars spent: What is to be achieved through all these means at hand is the silk flawlessly produced by the tiny body of a spider for millions of years. And the silk that was produced in the laboratory environment could only be obtained after countless hours scientists had spent devising a strategy and making a myriad number of highly complex calculations. Just as we cannot explain the formation stages of this silk with coincidences, so too can we not explain the silk produced by a spider in the same way.

No matter which creature we examine in nature, we definitely come across a “technologically wondrous” superiority they posses. Dozens of articles can be written solely about the silk of a tiny spider. Besides, their silk is not the only amazing aspect of spiders; these creatures exhibit many superior abilities from their hunting techniques to the webs they weave, which are marvels of design. There are millions of similar creatures in nature that we can draw inspiration from and every living organism is equipped with many superior features. Our Lord, Whose creation is flawless, presented every entity, organic or non-organic, for the benefit of us, humans. God informs us about this fact in a verse of the Qur’an as follows:

And there is certainly a lesson for you in your livestock. We give you to drink from what is in their bellies and there are many ways in which you benefit from them, and some of them you eat. (Surat al-Muminun, 21)