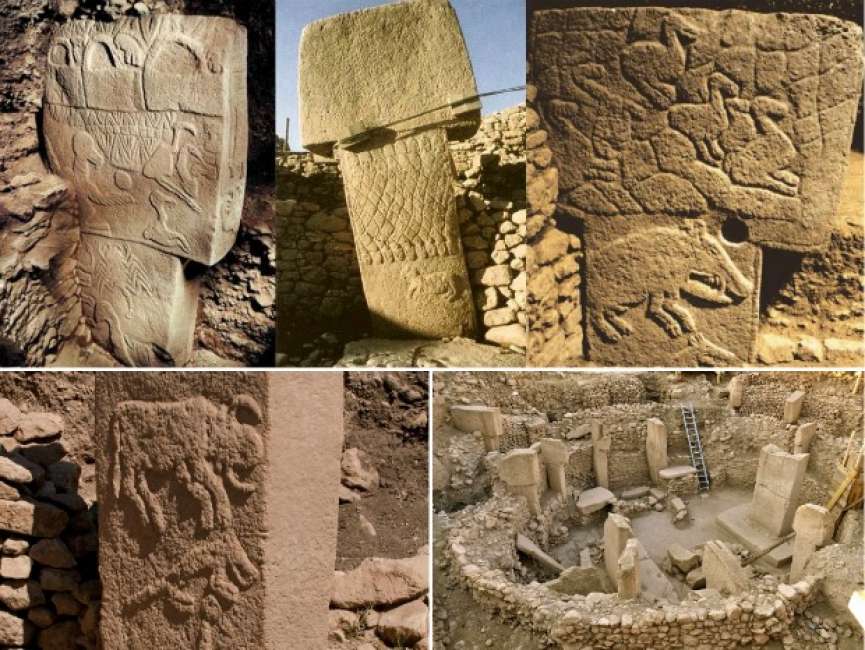 Have you ever considered the possibility that there never was a thing called the ‘caveman’? That there was never a time when people were living like animals, hunting and grunting, running around with clubs in their hands and animal furs wrapped around their bodies? Many people never thought that this could be the case, because the official narrative around the world insists that cavemen did exist, even though the archeological findings keep refuting it. But why?

Although fully refuted by scientific discoveries in biology, genetics and paleontology, there is still an immense effort to keep the theory of evolution alive. And those same circles are aware that if the history of human civilization does not match their imaginary theory of evolution, the number of unanswered questions will double. So they wrongly claim that human civilizations evolved too. In order to back up this scenario, imaginary times in history like the Stone Age, the Bronze Age, the Iron Age were invented, where humans were supposedly halfway through their civilization process.

However, something was clearly amiss. As the archeological findings increased and more and more details about the past civilizations emerged, the materialist thought of evolving human civilizations began falling apart at the seams. 40.000 year- old flutes showed that humans –at a time when the evolutionists wrongly claimed that they were primitive- made music, played it with the instruments they built, had fun, produced art and wore jewelry. In other words, they were like us and not primitive. Then scientists were confounded by the discovery of cave paintings that date back 30,000 years. These paintings and the paints used to create them were so impressive, they were clear evidence that people of the time were very advanced in their artistic skills. This was once again at a time when evolutionist claimed they were grunting primitive half-humans. However, these people were actually creating abstract art. Moreover, the paints they used were so durable that their art survived even after thousands of years. Wil Roebroeks, an expert in the archaeology of early humans from Leiden University in the Netherlands, expresses his surprise at this turn of events and admits: “…humans were more or less comparable to you and me.” Actually, they weren’t more or less comparable; they were the same as us. It is important to note here that many of our paintings today probably will not survive even maybe one thousand years. In that case, later civilizations can think we were primitive because nothing lasted to prove our advanced state of culture. When we apply this thinking to the past civilizations, it is highly likely that they also had advanced cultures but many of their achievements were lost to the destroying effect of passing time.

Then there is the Göbekli Tepe, which the Smithsonian Institute says ‘upends the conventional view of the rise of civilization.’ This is a site in Turkey that stunned the world in 1994 when a German archeologist revealed its importance. Göbekli Tepe is a 11,000 year -old site that proves that people of the time were not hunter-gatherers as previously imagined, but were rather highly sophisticated individuals who built temples in line with astronomical events, engaged in agriculture, created art by carving stones with intricate designs and used labor to carry huge stone blocks, some of which weigh as much as 50 tons. Scientists are still struggling to come to grips with the implications of these findings. Gary Rollefson, an archeologist with Whitman College in Washington says: ”With Göbekli Tepe, everything new that comes up destroys what we thought before. It’s nice to find this stuff, but it would be nice to understand it, too.” Another study suggests that the huge megalithic structures found at the site ‘may have been oriented – or even originally constructed – to “celebrate” and successively follow the appearance of a “new,” extremely brilliant star in the southern skies: Sirius.’ In other words, at a time when humans were supposed to be primitive according to the materialistic understanding, these people were highly civilized, studied astronomy, engaged in agriculture and produced art on stones. This makes one wonder: If stones are the only structures that are able to survive after thousands of years, one can only guess at the intricate art that was produced by these people on other, more fragile objects.

Then there are the famous pyramids of Egypt. Did you know that they are so incredibly built, even using today’s technology and every resource possible, that it would take 684 years to lay the 2.5 million blocks of the Great Pyramid of Cheops, built some 4,000 years ago, if ten blocks were laid every day. Yet scientists believe that this pyramid was built in a span of 20 to 30 years. So how did the Ancient Egyptians build these giant pyramids when there was supposedly no technology? By what power, with what machinery, by what techniques were the rock terraces set out? By what means were the rock tombs carved out? How was lighting provided during construction? (No staining or soot has been found on the walls or ceilings inside the pyramids and tombs.) How were blocks of stone removed from the quarries, and how were the differently shaped faces of the blocks smoothed? How were these blocks, weighing several tons, transported, and how were they fit together to an accuracy of 1/1000 of a centimeter?

Or did you know about ancient stone carvings that clearly represent airplanes? Many ancient civilizations from the Sumerians to the Mayans left such stone carvings. For example, a model glider found in Egypt was discovered in 1898 and is 2,200 years old. The model’s technical features are incredible. The shape and proportions of this wooden model’s wings were designed in such a way as to give the aircraft a maximum lift with a minimum loss of speed, as in the Concorde, the product of today’s most advanced technology. A History channel documentary says: “Over 2,000 years after the ancient Egyptians carved this mysterious bird, modern technology has proved beyond doubt that it could have flown.”

Even these few examples speak one truth loud and clear: there has never been a ‘primitive man.’ Humans have always been humans, and they have always lived humane lives, have built civilizations, only some of which left traces behind. In every period of our world, there have been communities that lived in higher civilizations while in other parts of the world people lived in rather primitive conditions, just like today. While in some parts of the world people are sending space shuttles into space, in the forests of the Amazon Basin, there are tribes that are completely cut off from the modern world and the amenities it offers. However, this certainly does not mean that people in Amazonian tribes are less developed biologically or mentally. This is just a result of differences in culture and civilization.