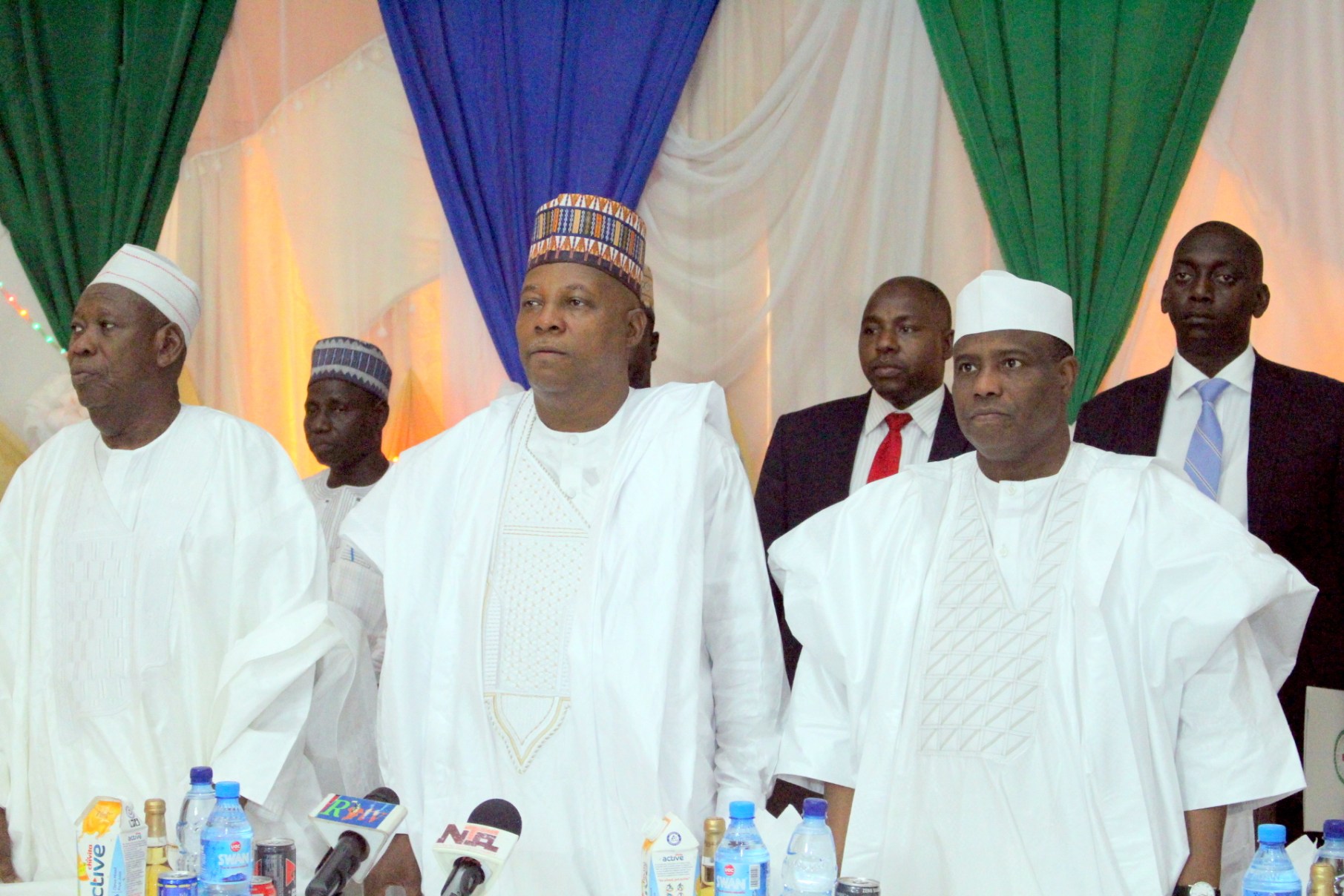 The Northern States Governors’ Forum has held a meeting with the national leadership and state chapters of the Miyetti Allah cattle Breeders Association as part of efforts to find lasting solutions to the continued clashes between herders and farmers across the federation.

The meeting, which held in Sokoto, had in attendance NSGF chairman and Borno Governor, Kashim Shettima, host Governor, Aminu Tambuwal, and their counterparts from Kano (Abdullahi Ganduje), and Kaduna, Nasir El-Rufai.

Mr. El-Rufai joined the meeting after it started.

Though no formal communique was issued at the end of the meeting, reports indicate that the gathering discussed genesis of the crisis, efforts to contain it and how to entrench permanent solution.

In his opening remarks, Mr. Shettima said the 19 northern states are worried by the rising cases of insecurity involving herders and farmers, and expressed optimism that their intervention will help in finding lasting solution to the conflicts.

He said they are intervening in order to complement efforts of the federal government, and said they hope to adopt local-conflict resolution mechanism to bring back trust and understanding among all the people of the region.

“We have seen enough crisis in the North East with Boko Haram. We cannot afford to let any other conflict linger without a solution. We hope to hear from all sides and finally come up with a workable plan that will restore confidence and entrench lasting peace in our region,” he added.

Revealing the position of MACBAN, a source at the meeting said: “The leadership of Miyetti Allah, led by the National President, Muhammed Kirowa, told the meeting that the approach to conflict resolution adopted by political leaders in some states is not helpful in finding lasting peace.

“In his views, political leaders, especially goernors, should approach issues of peace in neutral perspective, not as biased party. He said their members have lived in many of these conflict-prone communities for centuries without conflict, but wondered why is the situation getting out of hand now,” the source added.

Reports indicate that even though no resolution was reached at the Sokoto meeting, a new round of discussion will be scheduled to take place in Abuja, Jos, Makurdi and Kaduna in the coming weeks and months.