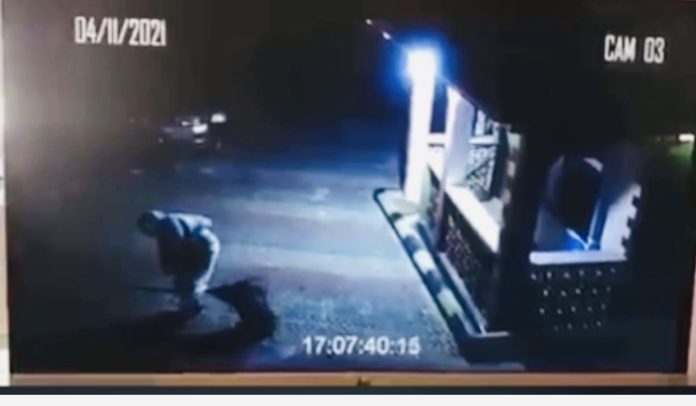 A CCTV footage has that surfaced on the internet shows moment a witch showed up in a house and started performing rituals.

Dressed in white gown, she moved around the compound performing rituals and vanished after the ritual performance.

Apparently occupants of the house have been hearing strange noises at midnight in recent times without knowing the source of the noise.

Wanting to know what or who makes those strange noises, they installed a CCTV camera.

To their surprise, the camera captured a woman in white gown with broom who arrived in the house from no where only to chant and perform rituals.