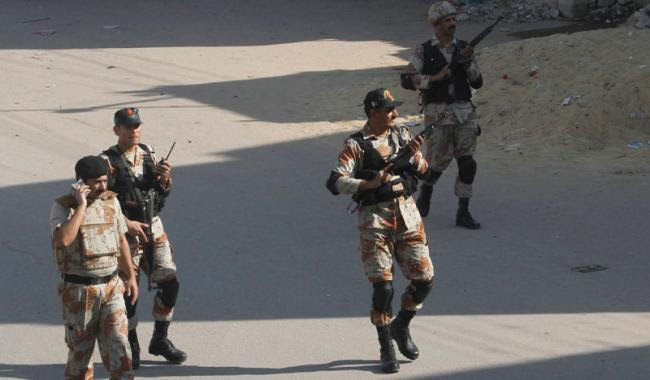 This week’s suicide bombing of a popular Sufi shrine is the latest operation of a recently formed alliance of militant jihadist and sectarian groups that includes the Islamic State (IS) and organizations associated with the Pakistani Taliban, according to Pakistani counterterrorism officials.

The bombing of the shrine of Sufi saint Lal Shahbaz Qalandar in the southern Pakistani town of Sehwan in Sindh province by a female suicide bomber that killed 83 people, including 20 children, was the alliance’s 9th attack this week. The grouping earlier this week targeted the Punjabi parliament, military outposts, a Samaa TV crew, and a provincial police station.

The alliance represents a joining of forces by Pakistani and Afghan jihadists and groups who trace their origins to sectarian organizations that have deep social roots. The alliance’s declared aim is to challenge the state at a time that Pakistan is under external pressure to clean-up its counterterrorism act. A recent Pakistani crackdown on militants has been selective, half-hearted, and largely ineffective.

The Pakistani military and foreign office this week twice summoned Afghan embassy officials in response to the campaign of violence to protest the alleged use of Afghan territory for attacks in Pakistan and demand that Afghanistan either act against 76 militants identified by Pakistani intelligence or hand them over to Pakistani authorities. Punjab Chief Minister Shahbaz Sharif asserted that the attack on parliament had been planned in Afghanistan.

Pakistan on Friday closed its border with Afghanistan. Pakistani forces also launched a nation-wide sweep in search of members of the alliance in which as of this writing some 100 people were killed.

Counterterrorism officials said the alliance of eight organizations formed late last year included IS, the Pakistani Taliban and some of its associates, Lashkar-e-Jhangvi al-Alami (LJA), Jamaat-ul-Ahrar (JuA), and Jundallah.

Members of the alliance have demonstrated their ability to wreak havoc long before they decided to join forces.

Jamaat-ul-Ahrar claimed responsibility for a December 2014 attack on a public military school in which 141 people, including 132 school children, were killed. The attack sparked public outrage and forced the government to announce a national action plan to crack down on militants and political violence. The plan has so far proven to be a paper tiger.

LJA and IS said they carried out an attack last October on a police academy in Quetta that left 62 cadets dead. In August, JuA wiped out a generation of Baluch lawyers who had gathered at a hospital in Quetta to mourn the killing of a colleague, the second one to be assassinated in a week.

The bombings and killings did little to persuade Pakistan’s security establishment that long-standing military and intelligence support for groups that did the country’s geopolitical bidding in Kashmir and Afghanistan as well as for sectarian and ultra-conservative organizations and religious schools that often also benefitted from Saudi funding was backfiring. The support has allowed some of these groups to garner popular support and make significant inroads into branches of the state.

“The enemy within is not a fringe… Large sections of society sympathize with these groups. They fund them, directly and indirectly. They provide them recruits. They reject the Constitution and the system. They don’t just live in the ‘bad lands’ but could be our neighbours. The forces have not only to operate in areas in the periphery, along the Pakistan-Afghanistan border, but have also to operate in the cities where hundreds, perhaps thousands form sleeper cells, awaiting orders or planning to strike,” said Pakistani columnist Ejaz Haider in a commentary.

Credible Pakistani media reports, denied by the government as well as the military, said that the attacks had brought out sharp differences between various branches of government and the state over attitudes towards the militants during a meeting last year of civilian, military and intelligence leaders. Prime Minister Nawaz Sharif and Foreign Minister were reported to have told military and intelligence commanders that Pakistan risked international isolation because of its failure to enforce the national action plan.

JuA last month announced the alliance’s challenging of the state with its declaration of Operation Ghazi, named after Maulana Abdul Rashid Ghazi, a leader of Islamabad’s controversial Lal Masjid, or Red Mosque, widely viewed as jihadist nerve centre, who was killed in clashes in 2007 with the military. The group said the alliance would target provincial parliaments; security forces, including the military, intelligence and the police; financial institutions; non-Islamic political parties; media; co-ed educational institutions; Shiites and Ahmadis, a group widely viewed by conservative Muslims as heretics that have been declared non-Muslims in Pakistan’s constitution.

There is little indication that the formation of the alliance and the launch of its violent campaign will spark a fundamental re-think of its longstanding differentiation between militant groups that do its geopolitical bidding in Afghanistan and Kashmir and those that target the Pakistani state.

Pakistan’s refusal despite the crackdown in the wake of the most recent attacks to put an end to its selective countering of political violence was evident in an earlier crackdown on groups that are believed to have close ties to the security establishment.

Pakistan, in a bid to prevent a possible inclusion of Pakistan in a re-working by President Donald J. Trump of his troubled ban on travel to the United States from violence-prone Muslim countries with active jihadist groups and pre-empt sanctions by a Bangkok-based Asian money laundering watchdog, last month put leaders of another internationally designated group under house arrest. The Financial Action Task Force (FATF), a global inter-governmental body that combats money laundering and funding of political violence is expected to discuss Pakistan in the coming days at a meeting in Paris.

The government, in addition to treating the leaders of Jamaat-ud-Dawa (JuD), widely seen as a front for Lashkar-e-Tayyaba, with kid’s gloves rather than putting them in prison, has so far remained silent about the group’s intention to resume operations under a new name. The government has also said nothing about the group’s plans to register itself as a political party.

Analysts with close ties to the military have argued that simply banning JuD and seizing its assets would not solve the problem because of the group’s widespread popular support. Some analysts draw a comparison to militant Islamist groups in the Middle East such as the Muslim Brotherhood and Hezbollah in Lebanon that have garnered popular support by functioning both as political parties and social service organizations.

“Ensuring that such groups disavow violence and have a path towards participation in a pluralistic, competitive political environment is more likely to offer the prospect of greater stability. That may work for some groups like JuD but not for those responsible for this week’s wave of indiscriminate killing,” one analyst said.

Azaz Syed is a prominent, award-winning Pakistani investigative reporter for Geo News and The News. He is the author of the acclaimed book, The Secrets of Pakistan’s War On Al-Qaida