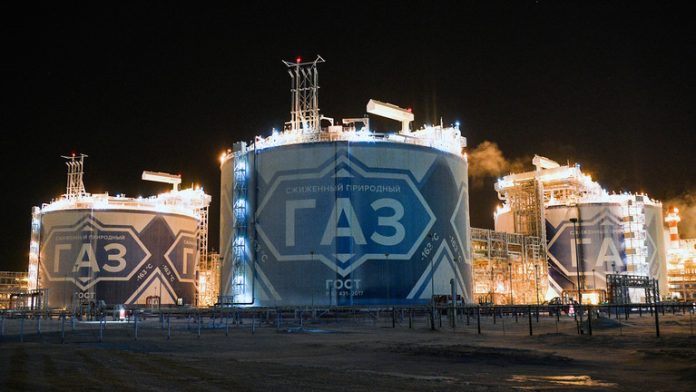 Despite a 5.4% reduction in total LNG purchases by China, Russian exports of the super-chilled fuel more than quadrupled in November compared to the previous year, reaching 852,000 tons worth $815.6 million. LNG sales increased by 39% year on year to 5.82 million tons from January to November. Over the same time period, sales of the fuel to the Asian country increased 150% to $6.1 billion.

Russia has also surpassed Turkmenistan as China’s second largest natural gas supplier, with deliveries increasing by 177% in dollar terms to $3.5 billion in the first 11 months of the year. China, on the other hand, has not indicated how much gas it purchased from Russia during that time period.

Russia increased oil deliveries to China by 17% year on year in November to 7.81 million tons, the highest level since August, and surpassed Saudi Arabia as the country’s biggest supplier. According to the data, Russian crude shipments to China increased by 10.2% in the first 11 months to 79.78 million tons. Russian oil supplies to China were valued $54.49 billion during the specified period, which is 50% higher than last year.

Russian coal imports, including brown coal, increased 41% to 7.2 million tons. Supplies of coking coal for the steel sector more than doubled compared to previous year, totaling 2.1 million tons, but were lower than the September record.

According to data, total Russian energy purchases, including oil products, reached $8 billion in November, up from a revised $7.8 billion in October. Since the beginning of the year, the sum has risen to $68 billion, up from $41 billion in the same period previous year. The record for a single month was set in August, when Russian petroleum exports totaled $8.4 billion.