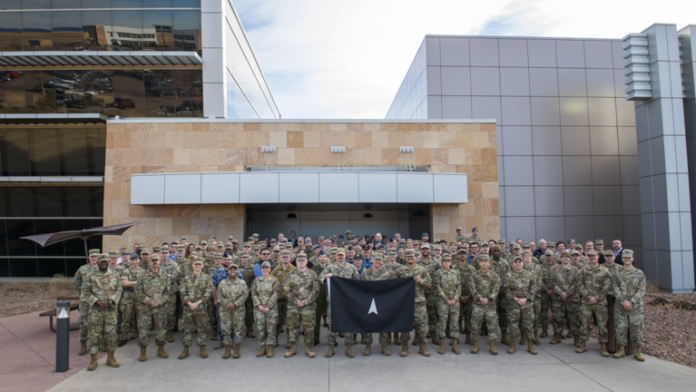 According to a statement from the Space Training and Readiness Command, the US Space Force has performed the greatest such exercises in its history to improve its readiness for a hypothetical conflict in Europe (STAR).

“Because this Space Flag was modeled on a US European Command scenario, we wanted to present the problem in that theater and test our capacity to win it based on numerous problems that we provided to the team,” Harris explained.

The exercise represented the first Space Force drills for a European war, and it coincided with rising tensions between Washington and Moscow over the Russia-Ukraine conflict. According to Harris, planning for the exercises began in February, the same month Russia launched its military assault in Ukraine.

During mission planning, troops were assigned Europe-specific challenges to solve and processes to practice in order to strengthen their readiness to win a fight on the continent, but the actual scenarios remain unknown. According to Colonel Jason Schramm, the drills allowed US military and coalition allies to train space combat tactics.

“Winning in space underpins coalition lethality in other domains,” he explained. “We will fight as a coalition in space, and these possibilities will be important in forming the squad that will fight together if the necessity arises.”

While claiming not to be actively involved in the conflict, the US has sent weapons, supplies, and other forms of military aid, such as information, to Ukraine in its struggle against Russia. The chief of US space operations, General John Raymond, stated in July that “commercial space has been very essential in supplying capabilities that have been useful to Ukraine.”

Russian representative Konstantin Vorontsov expressed concern at a UN space event in October about the US and its allies using “elements of civilian space infrastructure, including commercial, for military purposes,” and warned that “quasi-civilian infrastructure may be considered a legitimate target for a retaliatory strike.”

The United States established the Space Force as a separate military department in 2019, more than 50 years after signing a treaty with the Soviet Union and the United Kingdom pledging to set aside space for “peaceful uses.” Because of purported Russian and Chinese threats, the Pentagon claims it must treat space as a “war-fighting domain.”