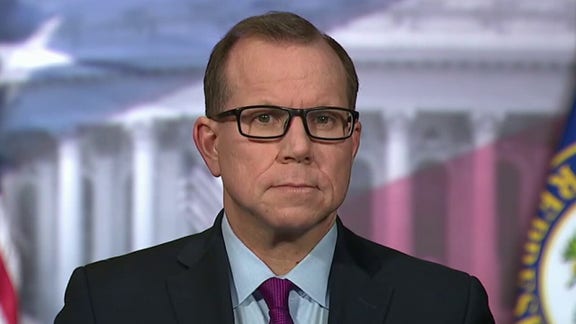 On Thursday evening, just days before Christmas, the Select Committee to Investigate the January 6th Attack on the United States Capitol published its final report shortly after 10 p.m.

The committee’s findings on the Capitol protests are detailed in the final report, which concludes an 18-month inquiry, and former President Donald Trump is accused of playing a crucial role in encouraging it.

“The major cause of January 6th was one individual, former President Donald Trump, who was followed by many others,” according to the report. “Without him, none of the events of January 6th would have occurred.”

The committee members — seven Democrats and two Republicans — annotate interviews with over 1,000 witnesses, information gathered from millions of pages of documents, and the contents of ten public sessions in 814 pages.

The huge report was released after the committee sent referrals to the Justice Department urging criminal prosecution of former President Trump.

Obstructing an official proceeding of Congress, conspiracy to defraud the federal government, making a false statement, and instigating, assisting, or aiding and comforting an insurgency are among the charges.

The committee’s unusual criminal referral carries no formal legal weight, and the Justice Department and Attorney General Merrick Garland will make the final decision on whether to pursue the charges.

Their findings are as follows:

House Speaker Nancy Pelosi wrote in her foreword that the committee “succeeded” in its goals.

“The Select Committee to Investigate the January 6th Attack has succeeded in bringing clarity and illustrating the fragility of our Democracy with painstaking detail,” she said. “Above all, the Select Committee’s work demonstrates that our democratic institutions are only as strong as those entrusted with their care.”

Chairman Thompson stated in his preface that those who broke into the Capitol “came dangerously close to succeeding” if not for the efforts of law enforcement professionals who “laid their lives on the line for hours.”

Vice Chair Cheney, who has regularly criticized Trump and has openly discussed running for president in 2024, said Trump was the first president in America to refuse to peacefully transfer power after the election.

“Except for one, every President in our history has defended this orderly transfer of authority. On January 6, 2021, one American President ignored his constitutional responsibility to hand over power peacefully to the next “She penned a letter.

THE COMMITTEE RELEASES A 154-PAGE EXECUTIVE SUMMARY OF TRUMP’S ‘UNLAWFUL’ CONDUCT AND CRIMINAL REFERRALS ON JAN. 6.

She also claimed that certain senior Trump administration officials, including Vice President Mike Pence, did not support or help with efforts to maintain power.

“Please keep this in mind as you read this report: Vice President Pence, along with many of the appointed officials who surrounding Donald Trump, worked to defeat many of Trump’s worst elements of his plan to overturn the election. This was not a given “Cheney stated.

The committee also suggested a constitutional amendment, including the addition of a section to the Fourteenth Amendment to bar anybody named in the report, including Trump, from holding office in the future.

“Congressional committees of jurisdiction should consider creating a formal mechanism for evaluating whether to bar those individuals identified in this Report from holding future federal or state office under Section 3 of the 14th Amendment, The Committee believes that those who took an oath to protect and defend the Constitution and then engaged in insurgency on January 6th can appropriately be disqualified and barred from holding government offic

Following the report, Trump issued a statement on Thursday, claiming that it fails to highlight why the demonstrators were gathered in the first place. He also referred to it as a “Witch Hunt,” echoing prior comments.

“The very political Unselect Committee Report purposefully fails to include Pelosi’s failure to follow my proposal for troops to be employed in D.C., show the ‘Peacefully and Patriotically’ words I used, or investigate the cause of the protest, Election Fraud,” he said on Truth Social.

Trump publicly declared his intention to run for the Republican presidential nomination in 2024. He now leads other possible contenders in early polling, however Florida Gov. Ron DeSantis is closing the distance.