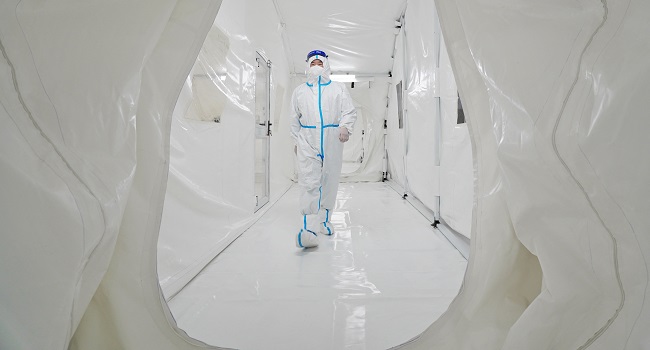 China reported its first Covid-19 death in six months on Sunday, as the country battles a growing outbreak despite stringent anti-infection measures.

China, the world’s last major economy, has imposed lockdowns, mass testing, and quarantines even as the rest of the world adjusts to living with the virus.

On Sunday, municipal officials announced the death of an 87-year-old man in Beijing, while the National Health Commission reported more than 24,000 infections across the country in the previous 24 hours.

While the number is low in comparison to other countries, the recent surge in China is notable after months of few cases being reported.

Beijing abruptly declared its most significant easing of coronavirus controls to date on November 11, including a reduction in quarantine times for international arrivals.

Despite the limited relaxation, the “zero-Covid” approach has had massive social and economic consequences.

According to state-run CCTV, Saturday’s Covid-19 death — the first since May — was a minor incident, but the elderly man’s condition worsened after contracting a bacterial infection.

Beijing, where 621 daily cases were reported on Sunday, has quarantined some residents and ordered others to leave their homes.

Unlike in previous outbreaks in the capital, officials appear to be holding off on imposing harsher restrictions on a public that has already been exhausted by exceptionally strict Covid-19 measures.

Protesters angry over a renewed lockdown clashed with police last week in southern manufacturing hub Guangzhou, one of the current outbreak’s hotspots.

On Sunday, the megacity reported more than 8,000 daily cases, prompting officials to launch a general screening in Haizhu’s central district, which is home to approximately 1.8 million people.

People have been urged to avoid “non-imperative” travel around the capital to avoid spreading the virus, indicating that China’s reopening may still be delayed.

Some of Beijing’s largest shopping malls were closed on Sunday, while others limited their hours of operation or prohibited table service in restaurants.

Parks, sports halls, and gyms have also been closed.

According to an email obtained by AFP, the French International School in Beijing informed parents that they had been instructed “to switch to distance learning.”