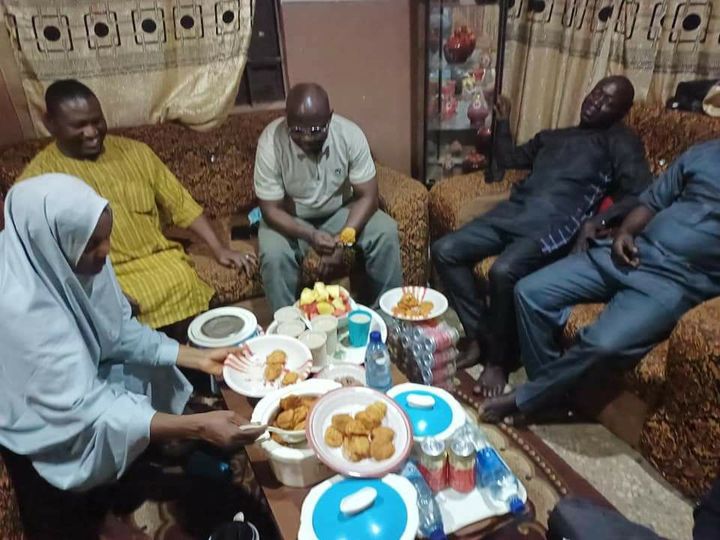 Some Christian scholars in Kaduna have joined their Muslim counterparts  in breaking  the fast in the spirit of Ramadan so as to strengthen religious tolerance ,peace, love ,forgiveness  and better understanding among  them.

Speaking during the Iftar breakfast , leader of the Team, General Overseer of Christ Evangelical and Life Intervention Ministry, Sabon Tasha, Kaduna, Pastor Yohanna Buru, said for the past Eleven  years, he has been joining Top Nigerian Islamic scholars  in breaking interfaith Ramadan Iftar breakfast to promote religious tolerance across the 36 states of Nigeria, including visiting Niger Republic and other neighbouring countries.

The visitation was also aimed at encouraging Christian-Muslim relationship in the state, to further strengthen peaceful co-existence and ties, religious tolerance, forgiveness among Nigerians, and also to spread the message of Peace, unity and to shun all forms of ethno-religious, political and regional differences.

The Christian cleric pastor yohanna buru who was accompany by Reverend Paul and John moses  and other church members to the house of Mallam Rilwanu Abdullahi at kakuri-makera,kaduna south  , pointed out that  Iftar gives us opportunity to promote interfaith activities and spread the message of peace and better understanding, so as to live in peace and harmony with all mankind.

This year 2021, This is my second Ifter Ramadan interfaith breakfast  between muslims and Christians.

“We came with our clerics  so as to build good relationship with Muslims and our religious teachers.

“We must love our neighbours  the Muslims. That is why we are here to join them in celebrating the arrival of the holy month of Ramadan and to urge them to rededicate their lives to the worship of Allah.”

He  said, Nigeria is facing tough time amids of covid 19 pendemic,,hence the need to joined hands with every stake holder ,and pray for peace stability in the country.

Pastor further disclosed that Christian leaders every year go to prison and bail-out some Muslim brothers, “so they can do their fasting at home with friends and family like every other person, and also attend Tafsir to learn together” and they are also planning to do that this year.

“We are created under one God”.

The Clergy added that last April Lenten period, Muslims in large numbers visited him at home to join in the breaking of fast despite the Coronavirus lockdown.and economic recession.

“God created us to be in relationship with all human beings irrespective of his or her tribe, culture, religion, colour, size, region and continent.”

The General Overseer noted that the Interfaith Iftar is indeed strengthening the bond of friendship and also promoting unity among the different faith based organizations in the state, and this would help in tackling religious extremism and hatred among Kaduna citizens.

Responding, Mallam Rilwanu Abdullahi, who is one the National president (beyoung the Border of disability  in Nigeria ) expressed satisfaction over the visit and Thank all the Christians clerics that joined him in breaking the Ramadan Iftar Breakfast with the aims of promoting peace and unity among Nigerians.

Rilwanu said, peace is all we need in Nigeria and all over the world, stressing that  only God can reward pastor yohanna for the good intention of promoting peace in the country.

He ended by saying ,There is need for Muslims to immensely emulate such gestured which is aimed at uniting the people and this would help in reducing ethno-religious ,political clashes bedeviling peace stability in the country.

“We need peace all over the world”

At the end of the Visitation ,there were some exchange of gift from both side,which is to sthrenthen Christians-muslims relationship across the country.