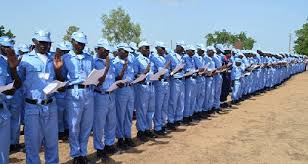 A civilian JTF BOYES member was shot dead by the military in Borno in the early hours of today. He was riding a three wheel motorcycle, tricycle along a path that only vehicles are allowed. Though he was wearing the BOYES uniform, the military shot him dead on the spot also spraying shots which killed a small boy by the road side, who was sitting reading the Quran.

The incident which happened on West end road, in Maiduguri took place around 11 am Sunday. The fear of Boko Haram operatives causes low trigger release threshold in soldiers in Nigeria’s conflict city.

Rioting In Maiduguri Over Extra-Judicial Killing Of Innocent Tricycle Operator