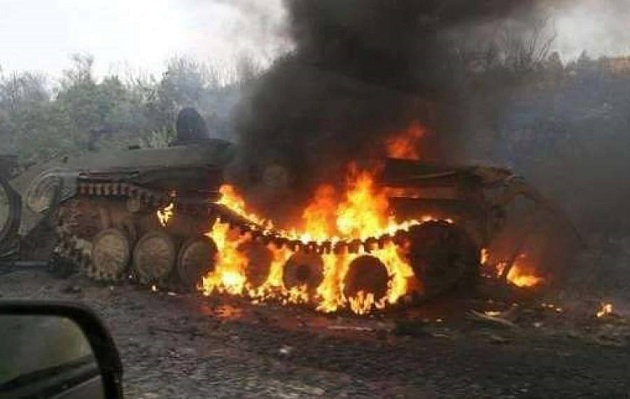 Relative calm has returned to Maiduguri, capital of Borno state after Boko Haram insurgents were repelled by Civilian-JTF and the Nigerian military.

The Civilian-JTF were once again the determining factor in staving off the attack as the brave young men were reported to have rode to the battle lines around Mulai Town, about 2 kilometers from Maiduguri to join the army and lead the defensive against Boko Haram.

Dozens of cars with dane gun armed youth were seen heading to the war points. About 5000 civilian fighters gathered immediately. The gallant civilian jtf are restless as usual, trying to reach out despite the non availability of guns and other weapons to match that of the Boko Haram.

The Civilian JTF after their successful raid on the insurgents were opportune to recover 4 Armoured tanks, Guns, Rocket launchers among many other equipment.

Meanwhile the Nigerian air force came on scene but bombed and killed several civilians, some were killed by air force jets while in their home.

An Engineer reported to NewsRescue that two of his neighbors were killed instantly by Nigerian air force jets.