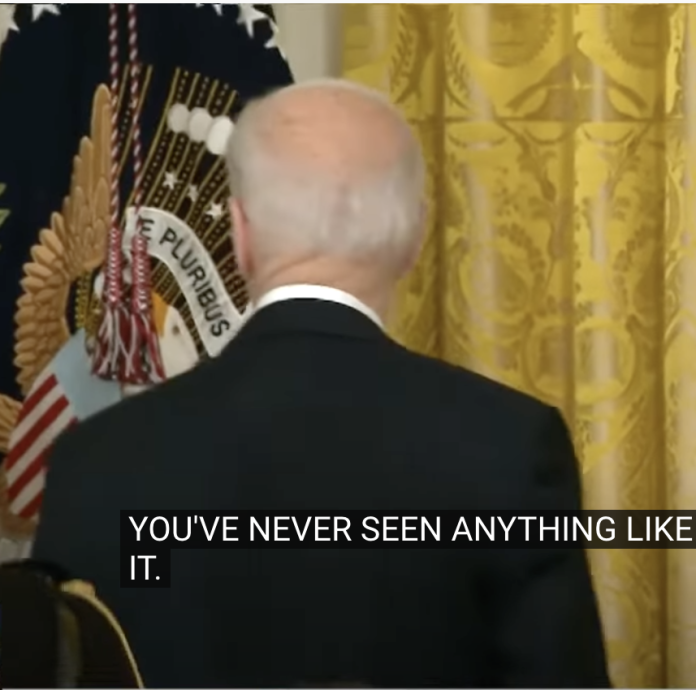 CNN on review of several polls conceded that liberal Democratic president Joe Biden had hit rock bottom – the lowest of any president in the history of the United States!

CNN reports that Biden’s approval rating is the lowest of any president at this point in his presidency:

“They range from the low 30s to the low 40s. Low 40s is not good, either. But what’s key is the lowest are tied for the low for the pollster, lowest here, lowest here. This is one point off the lowest, lowest here,” Enten described pointing at the numbers on a screen.

“And when you have three or four pollsters showing the lowest numbers for the president of the United States, that is indicative of a president who is in a lot of trouble, at least to where he is standing historically.”

Enten went on to remind viewers the network frequently criticized Donald Trump over his low approval ratings; but at this point in his presidency, Biden’s approval is now lower than Trump’s.

“Well, at this point in his presidency, Donald Trump’s numbers, actually his average approval rating is one point higher than Joe Biden’s, which is at forty one percent,” Enten said. “Donald Trump at 42 percent, a first term president at this point in his presidency. This is the lowest. This is the lowest for anyone who is elected to the presidency and didn’t get up there through the vice presidency. This is a really, really, really bad number.”

While CNN appears surprised to see the poll results, there are several explanations for the low approval numbers, not to mention inflation, high gas prices, the disastrous Afghanistan pullout, the economy-destroying Covid restrictions and more.