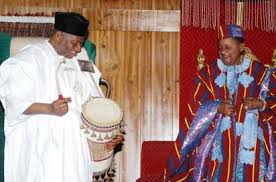 Oyo is likely the bleaching or skin toning capital of the world. The monarch himself, Oba Lamidi Olayiwola Adeyemi III has fanta face, coca cola knuckles and legs. That is such a great example for his subjects on pride as a Yoruba man and Nigerian first. If the monarch bleaches, trying to be like the white man, the kingdom is fallen and it is time to close the ‘Chief’ department. Little surprise many subjects do the same.

A former governor of Oyo was recently questioned about his skin bleaching. That was a very dark day. In an interview with punch, he angrily blasted the reporter for daring to infer that he bleached.

During the interview, a Punch reporter asked him, ‘Is it part of your own fashion to bleach?’ 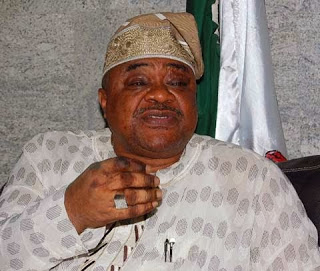 Chief Adebayo Alao-Akala  replied… Bleach? That is stupidity; you are asking a very stupid question, how can I bleach? You are very stupid to ask that question. What do you mean by that? What gave you that impression?

(He pulled up his clothe and singlet to show his fair complexion.)  Is this bleaching? Have you seen the cream that I use that makes me bleach or did you know me when I was black? So if you want to write that, put it there that I said you are very stupid to ask me that kind of question. Don’t ask that kind of question again. What you don’t know; you ask. You don’t even know my parents. Is my wife complaining or my children? I don’t know what gave anybody the impression that I bleach. You don’t know me; do you know what it takes to bleach?

Bleaching skin with Tura and other skin toners is common practice in Yoruba land and also in parts of the South South and South east of Nigeria. This colonial practice can also be observed in some Islands, most notably Jamaica where fade-o-philia abounds too.

The light skinned colonialist in power created a feeling of inferiority in the peoples who felt that to be fine you need to be light-skinned. This mental illness has persisted since independence as can be found today with huge bleach vendors at Idumagbo, under bridge in Isale Eko, Lagos Island.

And with monarchs and governors bleaching, the disease will not fade away anytime soon.