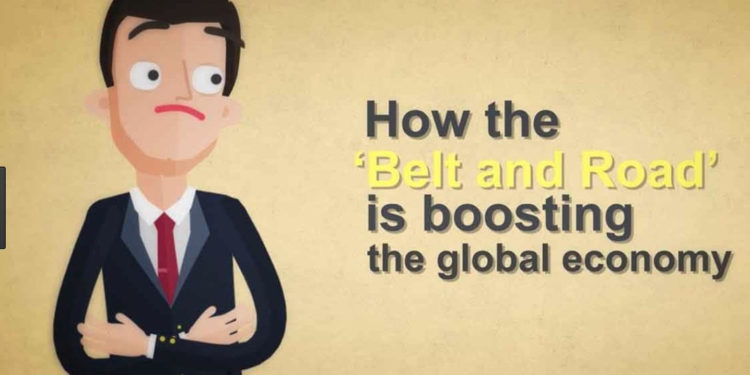 In a rare challenging of Chinese commercial terms that underlie the country’s ambitious Belt and Road initiative, Pakistan and Nepal have withdrawn from two dam-building deals. The withdrawal coincides with mounting questions in Pakistan, a crown jewel in Chinese geo-strategic ambition, about what some see as a neo-colonial effort to extract the country’s resources.

The withdrawals and questioning call into question China’s economics-centred approach to geopolitics based on the long-standing win-win principle of Chinese policy, the notion that all parties benefit from Chinese investment and largesse.

Critics have charged that the principle boils down to China wins twice, a notion that is supported by Chinese plans for Pakistan’s agricultural sector; the extraction of Pakistani onyx, granite, and black gold marble; the disagreement over the dams; and the debt traps that forced countries like Sri Lanka to surrender control of key assets.

Pakistan and Nepal announced their withdrawals last week in separate statements. Pakistani Water and Power Development Authority chairman Muzammil Hussain charged that “Chinese conditions for financing the Diamer-Bhasha Dam were not doable and against our interests.” China and Pakistan were also at odds over ownership of the $14 billion, 4,500 megawatts (MW)-hydropower project on the Indus River in the country’s problematic region of Gilgit-Baltistan near disputed Kashmir.

Nepal’s Deputy Prime Minister and Energy Minister Kamal Thapa announced his government’s decision to scrap a US$2.5 billion deal with China’s Gezhouba Group to build a hydroelectric project on the Budhi Gandaki River in the west of the country two days before the Pakistani decision. With India’s National Hydroelectric Power Corporation (NHPC) waiting in the wings and expectations that the incumbent, Nepali Congress (NC) will be returned to power in elections scheduled for November 26 and December 7, the project plays into Eurasia’s Great Game for regional influence.

The Diamer-Bhasha project was intended to be part of the Chine Pakistan Economic Corridor (CPEC), a key node on the Belt and Road, that with planned investments into infrastructure, including the port of Gwadar in the volatile province of Balochistan; energy, telecommunications and information technology, of more than $50 billion, constitutes China’s largest financial commitment to any one country.

The Pakistani withdrawal takes on added significance because it was included in CPEC after the government had failed to secure funding from international institutions like the World Bank and the Asian Development Bank (ADB) because of Indian objections that it was in disputed territory. The government has broken ground on the project five times in the past 15 years. Mr. Hussain said that the government now has a five-year funding plan for the project that would be completed in 2026.

Chinese analysts suggest that the Pakistani and Nepalese withdrawals could set a precedent.

“It will not be a big surprise if similar problems happen in China’s future overseas projects. And that would not change the big picture. There is a common misinterpretation internationally that the Belt and Road is something China would want to push forwards at all cost. But in fact, all projects are commercial so they have to be justifiable economically, and agreed mutually,” said Zhao Gancheng, a South Asia expert at the Shanghai Institute for International Studies.

China is likely to encounter greater resistance not only on its financial terms, but also regarding assessments of what economic benefit investment target countries can expect.

A State Bank of Pakistan study concluded that exports of marble to China, Pakistan’s foremost rough-hewn, freshly-excavated marble export market, and the re-export to Pakistan of Pakistani semi-processed marble was “hurting Pakistan’s marble industry to a significant extent.”

Pakistani marble exporter and retailer Shakil Khan told Asia Times that “the Chinese buyers go for the square slabs, while the local quarrymen tend to excavate oval-shaped blocks which reduce to smaller bits” and are only of interest to the local Pakistani handicrafts and tile market. The Chinese approach discriminates against mines with cracked marble.

“The Chinese pick only the rare and quality stuff like onyx, black gold marble and high-quality granite from the market. Local processing units don’t have the high-tech processing equipment here to treat these costly marble products,” added Zahid Shinwari, president of the Sarhad Chamber of Commerce & Industry (SCCI), in Peshawar.

The Pakistani marble industry’s experience strokes with the overall suggestion of the leaked long-term plan for CPEC that projects risks of economic domination, the creation of a surveillance state, and would allow China to shape Pakistan’s media landscape. It projected an approach that has already sparked popular resistance and setbacks in countries and regions such as Sri Lanka, Myanmar, and Balochistan.

The plan envisioned Chinese state-owned companies leasing thousands of hectares of Pakistani agricultural land to set up “demonstration projects” in areas ranging from seed varieties to irrigation technology. The Chinese companies would be offered “free capital and loans” from various Chinese ministries as well as the China Development Bank.

Effectively turning Pakistan into a raw materials supplier rather than an added-value producer, a prerequisite for a sustainable textiles industry, the plan sees the Xinjiang Production and Construction Corps in China’s troubled north-western province of Xinjiang, as the vehicle for the introduction of mechanization as well as new technologies in Pakistani livestock breeding, development of hybrid varieties, and precision irrigation. Added value would be produced in Xinjiang as part of China’s bid to quell ethnic unrest among the Uighur population.

The plan envisaged the Pakistani textile sector as a supplier of materials such as yarn and coarse cloth to textile manufacturers in Xinjiang. “China can make the most of the Pakistani market in cheap raw materials to develop the textiles & garments industry and help soak up surplus labour forces in (Xinjiang’s) Kashgar,” the plan said. Chinese companies would be offered preferential treatment regarding “land, tax, logistics and services” as well as “enterprise income tax, tariff reduction and exemption and sales tax rate” incentives.

Pakistan and Nepal’s withdrawal from the dam projects suggests that for China to secure economic dominance in Eurasia, it will have to ensure that win-win amounts to equitable terms and distribution of benefits among those that need the investment.

“China needs to nurture better understanding of its intentions and visions…to prevent unnecessary suspicions about its geopolitical ambition,” The Jakarta Post said earlier this year in an editorial that acknowledged that “we badly need the huge infrastructure spending that China is bringing.”