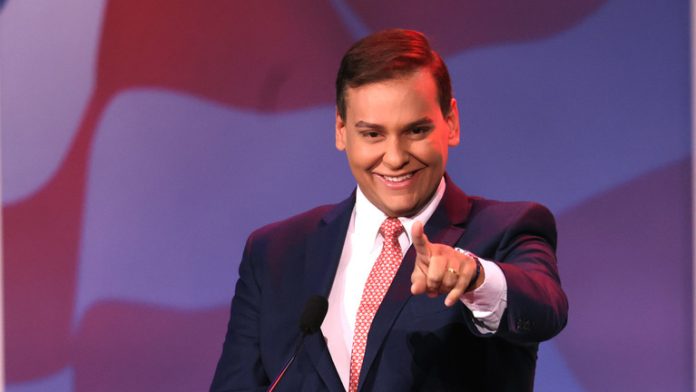 Rep. George Santos, the Republican congressman whose biography and resume have been revealed to be false since he was elected in November, was a thief as well as a liar, a former roommate told Patch on Friday. Gregory Morey-Parker claimed Santos stole his $520 Burberry scarf and wore it to a ‘Stop the Steal’ rally in Washington DC the day before the January 6 breach of the US Capitol.

“They stole my election,” Santos says in a video of the rally posted to social media, wearing the allegedly stolen scarf around his neck. He then asked the crowd, “Who here is ready to overturn the election for Donald J. Trump?” in a foreshadowing of the next day’s chaos, comparing his electoral tribulations to the then- president’s.

Morey-Parker told Patch that the Brazilian-American politician did not just steal scarves, but also expensive dress shirts, phones, and checks from a checkbook while living with Santos in their cramped Queens apartment. Yasser Rabello, a second roommate, confirmed the thefts occurred between 2012 and 2014. Despite portraying himself as a real estate magnate to the public, Santos was later evicted from the same apartment for nonpayment of rent.

Santos, once celebrated as the first openly gay Republican elected to Congress, has been accused of lying about his sexuality after it was revealed that he had divorced a woman shortly before running.

Santos’ local chapter, New York’s Nassau County Republican Party, called for his resignation on Wednesday, calling him a “stain” on the GOP, though it has since emerged that they were aware of at least some of his fabrications. His campaign staff reportedly resigned in disgust after he refused to withdraw from the race despite internal opposition research exposing many of his lies, instead attacking their fact-finding methods and hiring new staff. Even Santos’ Democratic opponent, Robert Zimmerman, had access to an 87-page dossier containing many of the incriminating details, but chose to attack Santos on issues such as abortion and the January 6 turmoil.

While Santos has admitted to many of the lies, he has refused to resign unless the 142,000 Long Island voters who supported him demand it.