Contempt Of Court: Suspend The Screening Of Magu Or Disqualify Saraki, Akpabio & 9 Others 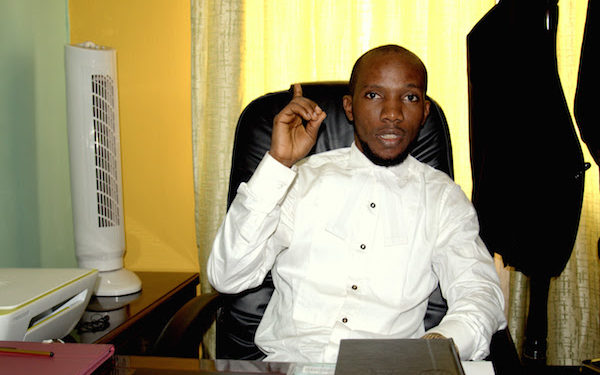 Our attention has been drawn to reports in the media indicating that the Senate of the Federal Republic of Nigeria has scheduled the screening and re-confirmation hearing of Mr. Ibrahim Mustapha Magu for the position of substantive Chairman of the Economic and Financial Crimes Commission (EFCC) for Wednesday 15th March, 2017, sequel to his re-nomination by President Muhammadu Buhari.

In the light of this development, it is imperative to remind the Senate of the legal encumbrances against her action to proceed with the screening despite having knowledge of the pendency of Suit No. FHC/ABJ/CS/102/2017 between Raji Rasheed Oyewumi v. Senator Abubakar Bukola Saraki & 14 Others at the Federal High Court, Abuja presided over by His Lordship, Hon. Justice Binta Nyako.

The Plaintiff in the above suit, Mr. Raji Rasheed Oyewumi, an anti-coruption crusader, is seeking among other reliefs: the disqualification of the Senate President, Abubakar Bukola Saraki from presiding over or participating in the screening, deliberation and voting on the nomination of Mr. Magu for the position of Chairman of the EFCC in view of his ongoing trial at the Code of Conduct Tribunal given that the 15th Defendant (Magu) coordinated and supervised the criminal investigation which crystallized in his arraignment and ongoing prosecution.

The Plaintiff is also asking the Court to restrain 10 other Senators, namely: Godswill Obot Akpabio, Jonah Jang, Aliyu Magatakarda Wammako, Stella Adaeze Oduah, Theodore Orji, Rabiu Musa Kwankwaso, Ahmed Rufai Sani, Danjuma Goje, Joshua Dariye and Adamu Abdullahi from participating in the screening, deliberation and voting on the nomination of the Magu for the position of Chairman of the EFCC in view of their pending or ongoing cases of financial and economic crimes given that the 15th Defendant (Magu) is coordinating and supervising the investigation into or prosecution for the said financial and economic crimes involving the 10 named Senators.

The suit seeks in part, to enforce the provisions of Sections 56, 172 of, and Paragraphs 1 and 9 of the Fifth Schedule to the Constitution of the Federal Republic of Nigeria 1999 (as amended) and the Senate Standing Orders, 2015 (as amended) which expressly prohibits conflict of interest by public officers, including members of the Senate.

Apart from the Senate President and his 10 colleagues named above, other Defendants joined in the suit are: the Clerk of the National Assembly; the Senate of the Federal Republic of Nigeria; Attorney General of the Federation and Mr. Ibrahim Magu.

On Wednesday 13th February, 2017, His Lordship Justice Binta Nyako granted leave to the Plaintiff/Applicant upon a motion ex parte moved by his Counsel, Mr. Inibehe Effiong to effect service of the Originating Summons, accompanying processes and subsequent processes in the suit on the 1st to the 13th Defendants/Respondents (Saraki, the 10 other Senators named herein, Clerk of the National Assembly and the Senate) by substituted means, to wit: By delivering same to the Clerk of the Senate of the Federal Republic of Nigeria at Old Building, White House, National Assembly Complex, Three Arms Zone, Federal Capital Territory, Abuja.

The Certified True Copy of the Enrolled Order for substituted service dated 23rd February, 2017 together with the Originating Summons and other accompanying processes in the suit were duly and effectively served on the Clerk of the National Assembly by the Bailiff of the Court on Friday 24th February, 2017. A Counsel in the Office of the Clerk of the National Assembly (Mrs. Adeagbo Esq.) personally called the Plaintiff’s lawyer on Tuesday 7th March, 2017 to acknowledge the receipt of the court processes.

Given that Senator Saraki, the 10 other Senators named herein, the Clerk of the National Assembly and the Senate of the Federal Republic of Nigeria are aware of the suit pending against them, the court processes having been duly served on them, they are jointly and severally mandated by law not to prejudice or render nugatory, the res (subject matter) in the suit by taking part in the scheduled screening and re-confirmation hearing of Magu.

We admonish the Senate President and the 10 other named Senators affected by the suit not to participate in the scheduled screening exercise. Our admonition is premised on the tested and trite legal principle of Lis Pendens which prohibits a litigant or party to a suit from taking any step or action which is capable of altering, affecting, destroying or prejudicing the subject matter before the Court.

‘’Therefore, parties to a proceeding pending in Court ought not to do anything which may have the effect of rendering nugatory the Judgment of the Court. A party may not alter to his advantage or disadvantage of his opponent issues in contest in a pending suit. By the principle of stare decisis, the decision of the Apex Court is binding on all other lower Courts. See OBI v. INEC (2007) 11 NWLR (Pt. 1046) page 565. DR. EMMANEUL ANDI UBA v. DAME VIRGY ETIABA & ORS. (2008) 6 NWLR (Pt. 1067)’’ Per ELECHI, J.C.A. (Pp. 15-16, Paras. F-F)

“The doctrine of LIS PENDENS finds expression in the assertion that it prevents any transfer of any right or the taking of any steps capable of foisting a state of helplessness and/or hopelessness on the parties or the Court. By that doctrine, the law does not allow to litigant parties or to give them during the currency of the litigation involving the rights in it so as to prejudice any of the litigating parties. The doctrine negates and disallows any transfer of rights or interest in any subject matter that is being litigated upon during the pendency of litigation in respect of the said subject matter, The well known maxim is “Pendette like NIHIL innoveture” meaning: During a litigation. Nothing new should be introduced.”

Furthermore, Order 53 (5) of the Senate Standing Orders 2015 (As Amended) expressly forbids the Senate from discussing any matter which is the subject of a pending litigation.

At the last adjourned date of this suit on Tuesday 28th February, 2017, the Attorney General of the Federation (AGF) was ably represented by three lawyers from the Federal Ministry of Justice. We therefore urge the AGF to exercise his constitutional powers as the Chief Law Officer of the Federation and forestall the seeming attempt to violate the law as clearly espoused supra.

Senator Bukola Saraki and his colleagues named above should uphold the Rule of Law and stay action on the screening and confirmation hearing of Magu or recuse themselves from same pending the hearing and determination of the suit which will be coming up on 3rd April, 2017 for further mention. Doing otherwise will not only be contemptuous of the court but will constitute an attack on the judicial process.

Counsel to the Plaintiff.

How Low Can Nigeria Fall Before Rescue ...