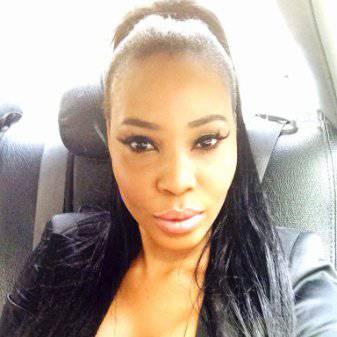 Apostle Johnson Suleiman, the founder of the Auchi-based Omega Fire Ministries, has been accused of dumping his pregnant lover, whom he promised marriage, and is using the police to silence her. The lover, Miss Stephanie Otobo, is a musician based in Ontario, Canada, who goes by the stage name of Kimora.  Miss Otobo’s attorneys, Festus Keyamo Chambers, in a letter to the Inspector-General of Police, said she was arrested on March 3 at a United Bank of Africa branch by heavily armed policemen from Federal Criminal Investigations Department (FCID), Alagbon, at the Anthony Village area of Lagos. She has since been in detention, where she has been denied food and visitation by her lawyers.

Apostle Suleiman and Miss Otobo, according to her lawyers, met in September 2016, when she visited Nigeria from her base in Canada. They began a relationship, with Apostle Suleiman telling her that he had divorced his wife and wanted more male children. The affair grew stronger. Apostle Suleiman made a marriage proposal to Miss Otobo, which she accepted. This was followed by a formal introduction of Apostle Suleiman to her family. On the occasion, the preacher took along drinks and gifts and informed Miss Otobo’s family in Delta state of his desire to marry their daughter.

With the affair gaining in intensity, Miss Otobo abandoned her blossoming musical career in Canada to move over to Nigeria to the delight of Apostle Suleiman, who promised to buy her a house and provide her the standard of living to which she was used in Canada.

So strong was the relationship that Apostle Suleiman made a habit of licking Miss Otobo’s body from her toes to her private part any time they wanted to make love. Miss Otobo also became a member of the Apostle Suleiman’s church, following him around the world, selecting sermon topics for him and choosing songs for his church services.  Apostle Suleiman also sent Miss Otobo money on a regular basis.

The pastor’s desire to have more male children, according to Miss Otobo’s lawyers, made him demand that his lover should get pregnant. She subsequently got pregnant. But in September 2016, Miss Otobo visited Nigeria and told the preacher that she was pregnant in a hotel she was lodged in Ikeja, Lagos.

The news of the pregnancy angered Apostle Suleiman, who apparently was afraid of the scandal such could bring. He wanted her to have an abortion and proceeded to give her a concoction, which made Miss Otobo bleed profusely and subsequently abandoned her, calling off the marriage proposal. Miss Otobo later went to Warri, where he met another pastor and told him his story. The pastor recorded her story and started using it to extort money from Apostle Suleiman.

After the disagreement over the pregnancy, Miss Otobo returned to Canada. But Apostle Suleiman got in touch with her and apologized for abandoning her. He subsequently started to persuade her to return to Nigeria. Last week, Miss Otobo returned to Nigeria. Apostle Suleiman, working on a scheme to silence her, paid money into her account and then got the account frozen. It was while Miss Otobo was trying to make a withdrawal from her account, having tried unsuccessfully to use an Automated Teller Machine, that she was arrested on the orders of Apostle Suleiman.

According to Miss Otobo, Apostle Suleiman is a spectacularly dissolute man. He once requested her, she said, to bring her friends along for group sex, a request turned down given that there was a plan to get married.
Miss Otobo, through her lawyers, warned Apostle Suleiman that she has their naked pictures together, raunchy text messages, bank statements, and other implicating items.

They lawyers disclosed that Miss Otobo used to send nude pictures to Apostle Suleiman every Sunday, just before he went on the pulpit.

Despite these, Suleiman called off the marriage proposal. However, Miss Otobo is not willing to take it lying down. She is demanding to be paid the sum of N500million as damages for not honoring the promise to marry her. Miss Otobo also wants Apostle Suleiman to stop harassing her and threatening her life. Her lawyers have given the preacher a seven-day ultimatum to meet the demands or get reported to law enforcement agencies for the threat to her life and face trial for breaching the promise to marry her.