A yet to be verified letter purported to be from personnel in the Nigerian army has fingered top military chiefs in plots to rig the upcoming elections.

The three page letter points accusing fingers at Nigeria’s army chief, Kenneth Minimah as having embezzled 5 billion naira and initiated the process of rigging the election. Several other army officers are accused in the letter of having been positioned to rig the March 28th general elections.

The letter dated 20th of February and written on Nigerian army letter head is signed, ‘concerned citizens of Armed forces”.

We have yet been unable to get a reaction from the Nigerian army. 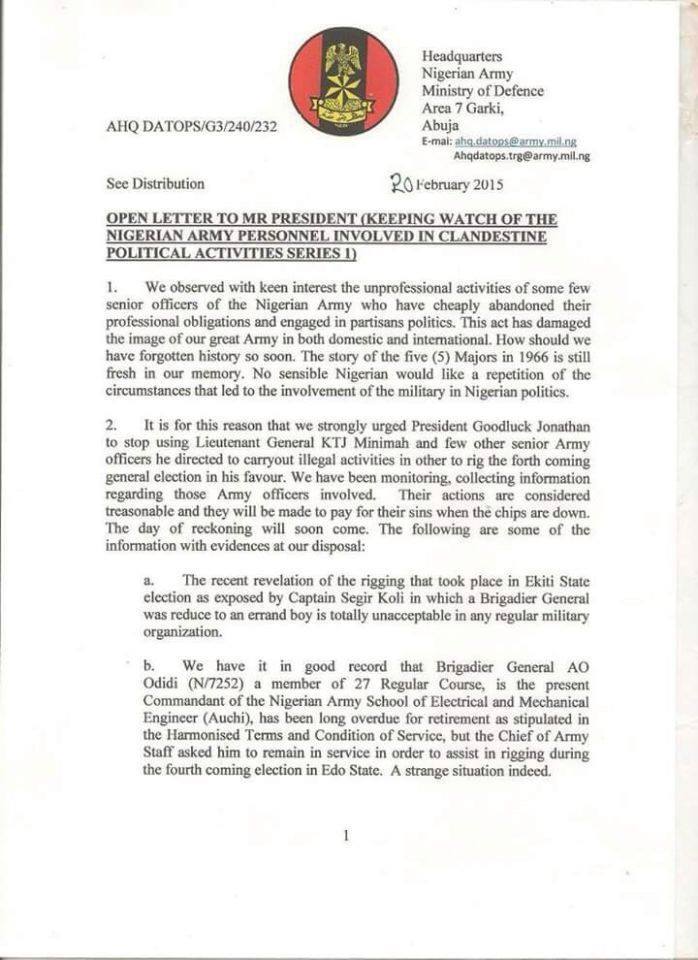 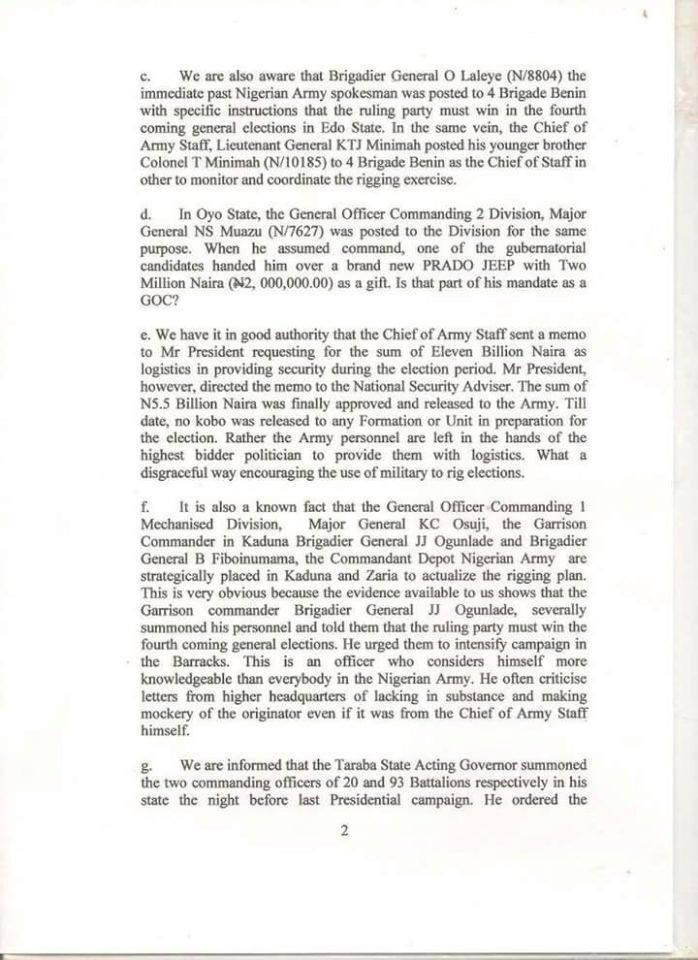 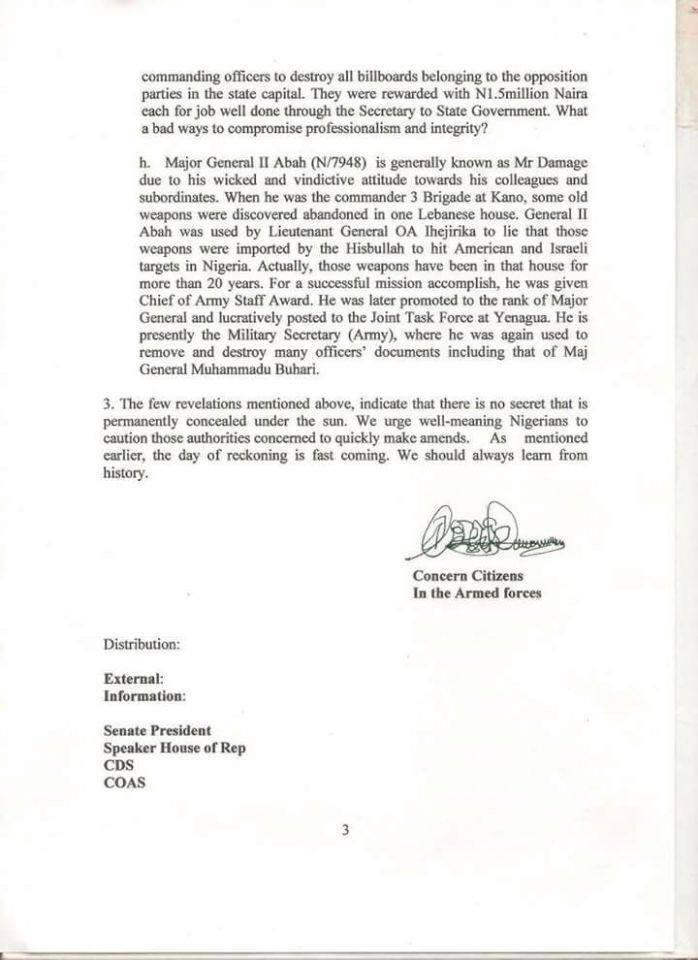