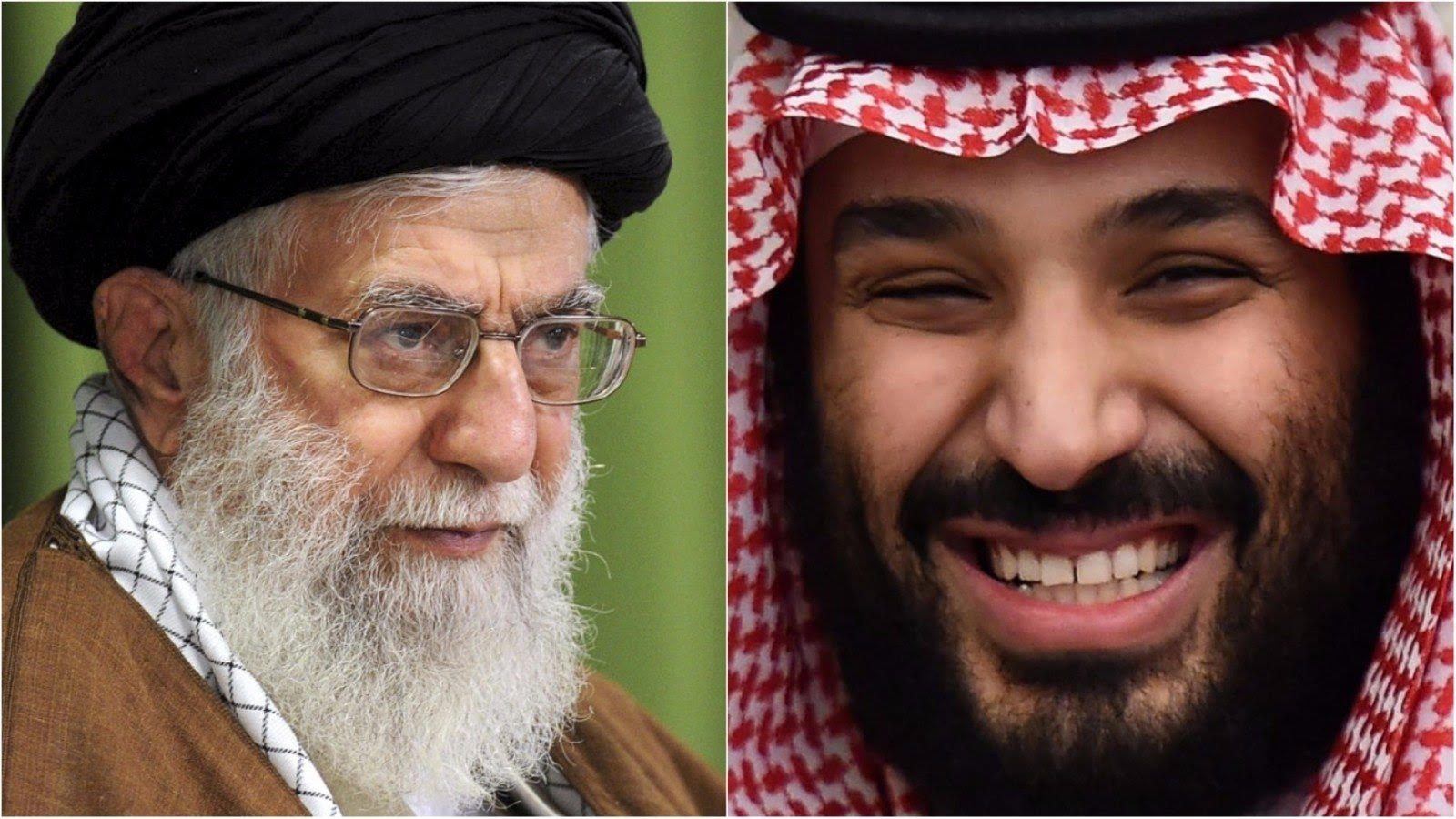 Expressions of support by US President Donald J. Trump and Israeli Prime Minister Benyamin Netanyahu have provided the grist for Iranian claims that anti-government protests were instigated by foreign powers. The largely baseless assertions offer nonetheless insight into the very different strategies adopted by Iran and Saudi Arabia in their vicious struggle for regional dominance.

There is little doubt that the protests were fuelled by widespread economic grievances with Iran’s detractors resembling not always helpful fans on the side lines. In fact, Saudi Arabia, Iran’s nemesis, was the one opponent of the Islamic republic that refrained from joining the fans publicly in a bid to deprive the regime in Tehran from using it as a scapegoat. That did not stop Iranian leaders from pointing a finger at the kingdom in ways that reflected the dynamics of the Iranian-Saudi rivalry.

Both Iranian and Saudi approaches to their rivalry are in flux. Protesters in Iran challenged the government’s heavy expenditure on propping up allies like Syrian President Bashar al-Assad and funding proxies in Lebanon, Iraq, Palestine and Yemen, not to mention proselytization campaigns in West Africa.

The protests are unlikely to change Iranian policy that the country’s leaders view as the crux of their defense strategy in covert wars with the United States and Saudi Arabia that have been ongoing since the 1979 Islamic revolution that toppled the shah, a monarch and an icon of now waning US power in the region.

Nonetheless, Iranian leaders will have to take public grievances into account even if the protests peter out. Rather than toting its regional successes publicly, Iran going forward is likely to be more circumspect about its foreign involvements. While that will not change things on the ground, it may contribute over time to an environment more conducive to a lessening of tensions.

Despite the protests, Iran has little reason to change facts on the ground. With access to the world’s most advanced weapons systems severely restricted for decades because of sanctions and boycotts, some in response to provocative Iranian actions and policies, others part of regional power struggles, Iran has sought to fight its battles far from its borders. Many Iranians bought into the argument that the policy had largely shielded their country from instability and jihadism wracking the rest of the region.

Simultaneous Islamic State attacks last June on the Iranian parliament and the mausoleum of Ayatollah Ruhollah Khomeini, the founder of the Islamic republic, that killed 12 people were viewed as the exception that proved the rule. That perception has changed in a significant segment of the population as protesters demanded that funds allocated to Iran’s defense doctrine and enhancement of its regional influence be invested in improving their deteriorating living standards.

“Our military doctrine is…based on historical experience: During the Iran-Iraq War, Saddam Hussein rained Soviet-made missiles on our cities, some of them carrying chemical components provided by the West. The world not only kept silent, but also no country would sell Iran weapons to enable us to at least deter the aggressor. We learned our lesson,” Iranian Foreign Minister Mohammad Javad Zarif wrote in The New York Times weeks before the protests erupted.

Speaking this week at a Brookings Institution seminar in Washington, Iranian-American journalist Maziar Bahari described Iran’s doctrine as a more brutal and militarized version of the late Israeli prime minister David Ben Gurion’s policy of the periphery that in the absence of relations with Israel’s neighbours sought to forge ties with the neighbours of the Jewish state’s neighbours.

Mr. Zarif represents the view of Iranian President Hassan Rouhani’s pragmatic government, a view shared by conservatives as part of a far greater ambition that they have no compunction about articulating.

In a column in the conservative Tehran Times entitled ‘What makes Iran stronger than Saudi Arabia?’, sociologist and journalist Mohammad Mazhari argued that “the Saudi regime has no comprehension that money cannot replace ideological values.” By contrast, Mr. Mazhari wrote, “there are common ties between Iran and Hezbollah, however the crux of those ties is not monetary. What drives Iran is not a superficial goal, it is working hard to restore the empire, but this time culturally, while Saudi Arabia and its alliances have no clear vision nor project in the Middle East save for keeping their thrones.”

Prince Mohammed vowed months before Mr. Zarif articulated Iran’s defense doctrine, that the fight with Iran would take place “inside Iran, not in Saudi Arabia.” In doing so, the crown prince was playing on deep-seated Iranian fears rooted in a history of foreign intervention that stretches from ancient to modern times as well as highlighting the fundamentally different Saudi and Iranian strategies.

Since coming to power in 2015, Prince Mohammed has shifted the emphasis of Saudi strategy from long-term cultural and public diplomacy focused on promotion of Sunni Muslim ultra-conservatism as an anti-dote to Iranian Shiite and revolutionary ideology, and passive reliance on the United States to defend the kingdom by containing Iran to a more assertive confrontation of the Islamic republic everywhere but in Iran itself.

Prince Mohammed’s approach is a power play based primarily on chequebook diplomacy, pressure tactics, and projection of the kingdom as the custodian of Islam’s holiest cities. It is an approach that is void of any ideology or worldview beyond the need to counter Iran and support autocratic or authoritarian rule in a bid to ensure the survival of his family’s rule.

Prince Mohammed’s approach has so far produced mixed results at best. His effort to force a political crisis in Lebanon by pressuring Prime Minister Saad Hariri to resign backfired. King Abdullah of Jordan and Palestinian President Mahmoud Abbas rejected the crown prince’s demand that they not attend an Islamic summit in Istanbul convened last month to condemn Mr. Trump’s recognition of Jerusalem as Israel’s capital.

The prince’s one military adventure, intervention in Yemen, has produced a quagmire, severely tarnished the kingdom’s image, and even provoked criticism from one of his greatest fans, Mr. Trump. Egypt has adopted an independent foreign policy that is at times at odds with positions adopted by Saudi Arabia despite being financially dependent on the kingdom.

Hanging in the balance is the question whether Prince Mohammed’s declaration last year that he wants to return the kingdom to a yet undefined moderate form of Islam means that he will introduce an ideological element to his strategy that would replace the increasingly problematic propagation of Sunni Muslim ultra-conservatism.

It’s a tall order in a country whose religious establishment and culture is steeped in ultra-conservatism despite support for more relaxed religious and social codes among a significant segment of a predominantly young population.

A successful redefinition of Islam would not only significantly enhance confidence in Prince Mohammed’s ability to change the nature of Saudi society and economy but also strengthen the kingdom in its struggle with Iran that despite being fought as a zero-sum game can only be resolved with an agreement that recognizes both Saudi Arabia and Iran as key regional players.

Economics rather than Iran’s rivalry with Saudi Arabia and hostility towards the United States and Israel is at the crux of anti-government protests in Iran. Nevertheless, the protests are likely to force Iranian leaders to repackage their foreign involvements at a time that Prince Mohammed is seeking to revamp his kingdom as part of an economic and political survival strategy. In the longer term, that could unintentionally create building blocks for the lowering of tensions in a dispute that has wracked havoc across the Middle East and the wider Muslim world.