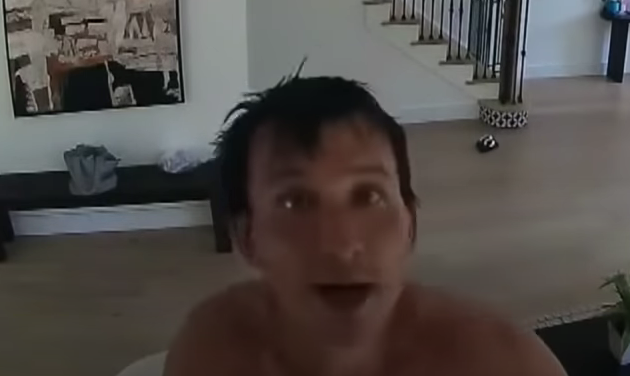 A naked young man broke into a Bel Air home with a garage key in a parked vehicle; he took a swim and wore the house master’s clothes.

Confronted by the wife via webcam, he claimed ownership of the home and when she alerted her husband who was home taking a shower with no idea of the intruder, the naked man claimed he owned the house, forcing the home owner to flee.

The man who killed two pet birds on the home even told cops he owned the house.