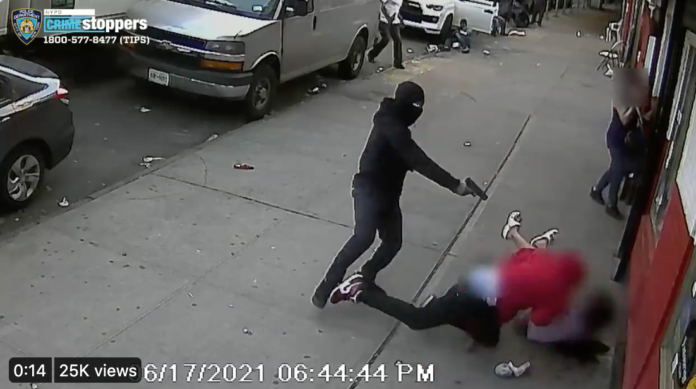 As crime rated stay high in some major cities of the United States, the New York Police Department, NYPD has released a video that shows a young man running after and shooting at another young male who scuttles to escape along with two toddlers.

The shooter the report says, later got away on a scooter with an accomplice.

????WANTED for a NON-FATAL SHOOTING: On 6/17 at 6:45 PM, in front of 1551 Sheridan Av in #theBronx @NYPD44Pct, the subject in black shot a 24-year-old male victim multiple times about his body and fled on a scooter operated by the other wanted subject. Have info? Call us @NYPDTips. pic.twitter.com/TgYBjzxlVx