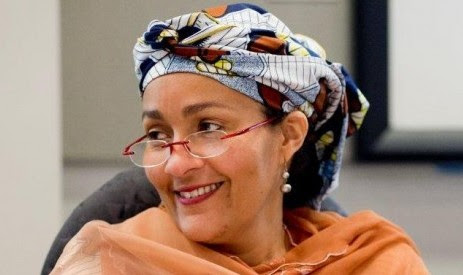 TIN SPITE of the glaring abuse of the rights of the forest communities, the ambitious Super Highway project of Govewrnor Ben Ayade of Cross River State in Southern Nigeria, was being pursued without due observance of the relevant environmental pre-requirements.

The road project drew the ire of environmental rights groups around the world. They pushed for the project to be halted because of its alleged negative impact on the affected forest communities.

But, the Peoples Democratic Party (PDP) government ignored the concerns raised by environmentalists, and pressed ahead with their star road project.

However, the governing All Progressives Congress (APC) was listening to the cry of the communities and the environmental rights groups. The Federal Ministry of Environment intervened, and ordered for the project to be halted.

The Federal Government says work will not continue on the 260 kilometer super highway from Calabar to Obudu until the PDP government under Governor Ayade’s watch, is able to complete the Environmental Impact Assessment (EIA).

Despite the deafening outcry of the affected communities and concerned rights groups, the PDP government has consistently maintained that after initial concerns, the road has been re routed far away from the National Park and denied plans to annexe community land.

Minister of Environment, Aisha Mohammed, is saying that the concerns that have been raised are legitimate concerns and that the ministry has issued a stop work order until the impact assessment is completed.

According to her, ”there has been a lot of concerns and I think they are all legitimate concerns. When they are taking pristine forest and a National Park that is a heritage for us and perhaps a heritage for the world, and it’s a threat, then everyone is going to ask questions about what the government is doing about it. For us in the Ministry of Environment, it is very clear that before you do anything like this, there has to be an Environmental Impact Assessment and so that particular project, I will underscore that there has to be a delicate balance between development and protecting our ecosystems and so that is why the Environmental Impact Assessment is so important.

”In this particular project, the President did actually do the ground breaking for it and an Environmental Impact Assessment was given for the ground breaking alone but the process itself still has to be adhered to and the Cross River state government that we have been in dialogue with is going to have to adhere to that. Unfortunately, I think there was a lot of enthusiasm, and perhaps wanting to start before the rains and other considerations have gone ahead of that process to the extent that we as a ministry had to put a stop notice in place for any more work to happen.

”The issue of the EIA has to be resolved and remedied, and we hope that that will happen. But I think the assurances have to be that A. This road doesn’t go through the National Park, as was so communicated; it does go on the outside of the National Park, we have to make sure that there is a buffer zone so that we are not affecting it, we have to look at the set back of the road which has been a big issue, is it 10km or is it 90m or what is it; these will all come out in the process of the impact assessment and I think that is what is important, that we adhere to processes, the rule of law and everyone at the end of the day will be happy.”