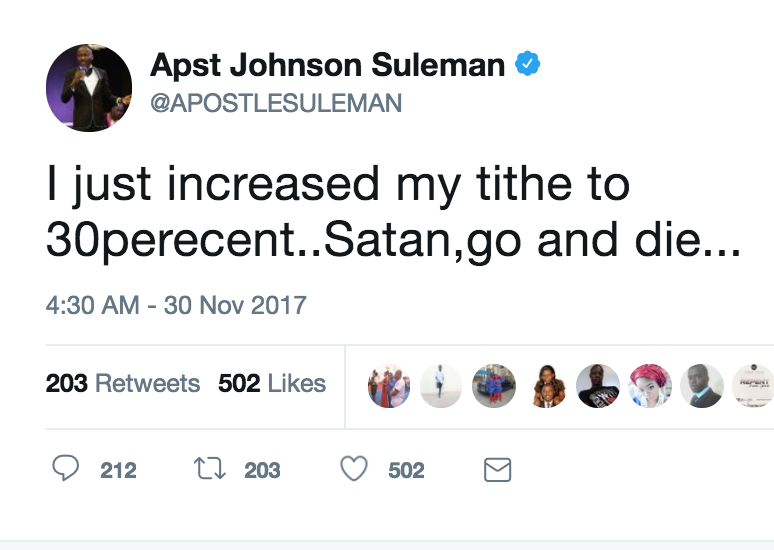 Popular OAP Daddyfreeze has replied popular pastor, Apostle Suleman after he increased his tithe from 10% to 30%.

I just increased my tithe to 30perecent..Satan,go and die…

Below is how the controversial OAP replied the Pastor who was involved in sex scandal with Popular actress Danielle okeke:

Satan should go and die is now the new biblical defense for tithing?
–
The association of Nigerian Theologians, according to ‘The Point’ newspaper, published on the 20th of November 2017, declared that Christians should not pay tithe. (Scroll left to see article) are they now the devil you speak of?
–
I will say that paying 30% tithe has NO basis in Christianity, but you can prove me wrong, by showing me one bible verse where our new High priest under the order of Melchizedek, Jesus, paid tithe, or where the disciples, our first pastors and GOs, paid 30% tithes.
–
Now, unto other unrelated matters, that’s how one guy said one gov will die in 2 weeks and the gov is still hale and hearty, nearly 2 years later! ~FRZ
–
#FreeTheSheeple