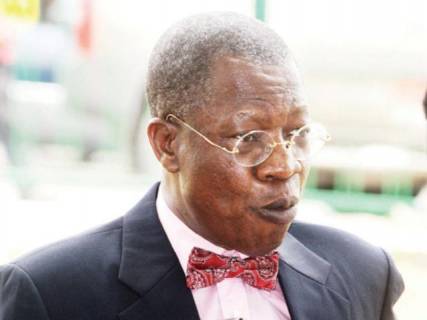 The minister of information, culture and tourism, Alhaji Lai Mohammed, a lawyer and public relations expert in this interview reviews developments in the polity observing among others that the recent governorship election in Anambra State is a death knell for the Independent People Of Biafra, IPOB, a group that had campaigned for the boycott of the polls.

Going by what transpired in the just concluded Anambra governorship election, Are you not worried that Nigerians are fast moving from ballot snatching to vote buying? What is the government doing to address this as we move towards 2019?

Frankly speaking, I didn’t follow the Anambra election, so, I cannot really talk about vote buying or ballot snatching. What I know that I can speak on is that number one, the Muhammadu Buhari administration provided a level playing field for all, and he showed that from the manner he restored the security aides of Governor Obiano.

For whatever reason, the Inspector- General of Police (IGP) felt that going by experience; it will not be proper to leave the security aides, so, he posted out the Aide-de-Camp (ADC) to the governor and some other key security officials. But the president felt that it is not enough, to be honest, you must also appear honest and whatever the reasons the IGP might have, that it is about perception.

He said that the right thing to do is to restore the governor’s aides and design a manner to ensure that nobody will abuse his position. This had never happened in the history of Nigeria. I know that the practice before was that a few days before election, Commissioners of police would be posted out even some times, INEC officials or DG SSS will be posted out.

But for Mr. President, the message is clear: Let the people make their decisions. If the people now decide to sell their votes, there is nothing the government at the centre can do but we will continue to drum it and let them understand that that vote is the single most powerful weapon they have and once they sell it, they can’t come round again until the next four years to complain about the kind of leaders they have.

But what I believe is that for us in APC as a government, we want the people of Nigeria to decide the outcome of every election. It is not about who is at the centre, but we did not follow the temptation to use our muscle. It was quite tempting, but we felt it is only fair for the people to decide their own fate.

Before the election, the tension was very high because of the activities of IPOB. As the official spokesman of the federal government, how do you feel that in spite of all the tension, election still held and it was peaceful?

I think what that proved really is that IPOB does not represent the good people of Anambra or Ebonyi State or any state in the South East. If truly they represented the people, the IPOB propaganda about the election really showed that they are not on ground. Anywhere you see a sign that says ‘No Thoroughfare,’ it means there is a road.

So, the fact that they were saying that they were going to disrupt the election, the federal government had decided to sew IPOB uniforms for people, and those people will now kill and give the impression that IPOB members are responsible shows that they have lost the game. The people of Anambra have shown that there is no alternative to democracy and that they believe in one Nigeria and federal system of government. If there are issues to be resolved, let us resolve it. But terrorism and separatism is not the answer.

I think the Anambra election has sounded the death knell on IPOB because they said election would never hold. The election has come and gone; the turnout was quite reasonable. Every party competed very competitively, and at the end of the day, the people of Anambra have decided who is going to be their governor.

The president was in the South East just before the election. Will you say this was an attempt to make inroad into the region after allegations of marginalization since his assumption of office?

When you are at war, the fellow covering your back, you don’t want to ask whether he is Igbo, Yoruba or Hausa. That is why they have this strong spirit of esprit de corps. So, for a president who has been in the military and has been Head of State, his only passion is to get things right in Nigeria.

I don’t think he prefers one part of the country to another. Look at the cabinet. Katsina State where the president comes from has a minister of state in the cabinet. Kaduna State where he has lived all his life after retirement has a minister of state. That shows the kind of person the president is. So, it is not true that his visit to the South East is to market 2019. It is not by visiting a particular place that you show that you are running for 2019.

What will determine your campaign in 2019 is your performance while in office and I can say as a member of the Federal Executive Council (FEC) that we are very careful that projects are spread equally across the country and that the interest of every zone is taken into consideration so that nobody can say ‘I have been marginalised or shortchanged’.

Have you found a solution to this recent threat by Niger Delta Avengers?

Of course, when you are managing a government, you don’t manage it openly always; which means you consult with the leaders and stakeholders. It is not everything you do that you must make open. I can assure you that we have been reaching out to all the stakeholders both young and old and we are very confident that things will be fine. The important thing to me is to let these militants know that it is not just in the interest of the federation but even also in the interest of the region that peace should be sustained and I think we are getting there.

Anambra Election: Why Buhari cannot do much about vote-buying – Lai Mohammed