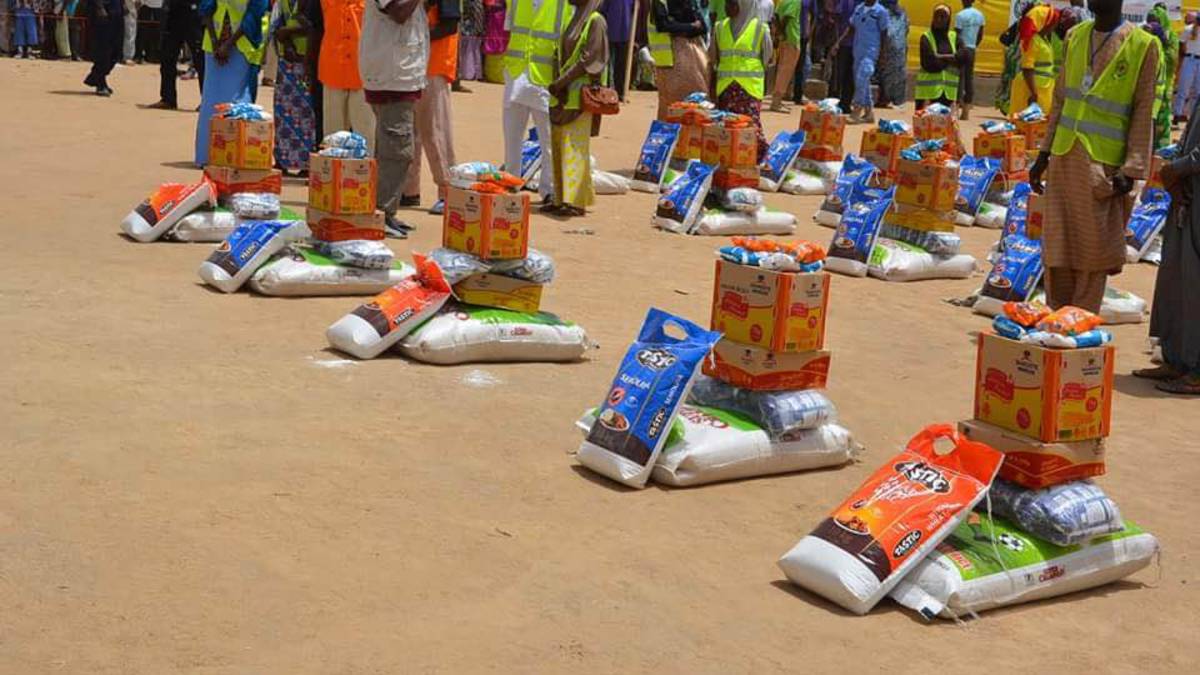 Borno State Governor Kashim Shettima on Monday initiated the distribution of relief materials donated by Dangote Foundation for the feeding of internally displaced persons (IDPs) during the Holy Month of Ramadan.

She said Mr. Dangote would continue to assist the less-privileged in society, especially the IDPs. The Dangote Foundation will continue its partnership with the Borno State government to solve the challenges facing IDPs.

Mrs. Youssofu prayed for enduring peace in Borno State and Nigeria at large.

“In this time of very serious challenges, Alhaji Aliko Dangote chose to stand with people that are less privileged, the internally displaced persons, thereby depicting his love for the common man.

“We remain eternally indebted to his foundation for the show of support in this trying period of our State and we will ensure that the N2 billion donation he made to the State is judiciously used in the areas of healthcare, education and resettlement of  IDPs,” the governor said.

An IDP from Guzaumala, Ali Modu Fannami, joined wby members of his household, thanked the Dangote Foundation for the gesture as he prayed for the return of peace in Borno State and for them to return to their respective communities.