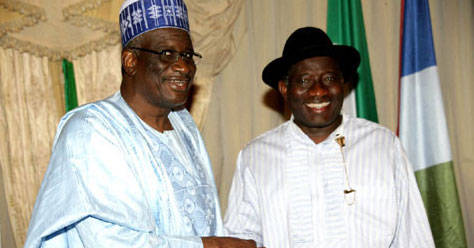 The four-count indictment accuses Mr. Bello, who also served as a minister under former President Olusegun Obasanjo, and the other defendants of accepting funds that they should have known was the proceeds of illegal activity.

The first count states that, on or about March 17, 2015, Mr. Bello and his fellow defendants accepted N300M from the NSA’s account at the Central Bank of Nigeria through BAM’s account at Sterling Bank, even though the defendants “reasonably ought to have known that the said fund formed part of the proceed of an unlawful activity of COL. MOHAMMED SAMBO DASUKI (RTD) the then National Security Adviser (to wit: criminal breach of trust and corruption).” The second count alleges that the defendants converted the sum of N300M, which was purported to be for the construction of “safe houses,” but which Mr. Bello “claimed to have received for political campaign.”

The third count, which targets Mr. Bello’s son, Bello Abba Mohammed, and his firm, alleges that the defendants retained the N300M they illegally obtained on behalf of the former PDP chairman. The government accused the defendants of concealing the questionable payment in their account with Sterling Bank even though they “knew the said Dr. Haliru Bello and Colonel Mohammed Sambo Dasuki (ret.) to be engaged in a criminal conduct; to wit: theft of public fund for a political activity.”

The fourth count accuses the defendants of violating “Section 17 (a) of the Money Laundering (Prohibition) Act 2011 as amended in 2012 and punishable under section 17(b) of the same Act.”

The government alleges that the defendants conspired to launder the sum of N300M they “claimed to have received for political campaign.”