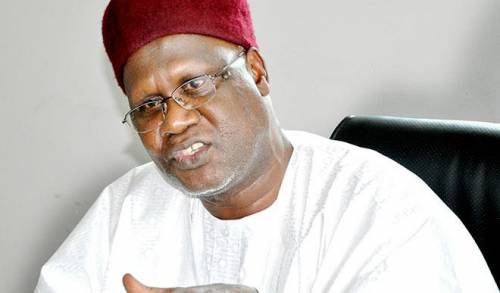 Despite exposure in a recent media article the Acting Chairman of the Federal Character Commission, Dr. Shettima Abba, appears defiant on rewarding and favouring his loyalists with Promotion and Proper Placements in total deference to laid down rules and regulations.

On February 19th, SaharaReporters reported the nepotism being exhibited by the Acting Chairman of the Commission. However in spite of the media publicity with the presidency being aware, promotion letters have been signed and are awaiting despatch.

In a shocking revelation by a Staff of the Commission who pleaded for anonymity, our investigators were informed that the loyalists that were favoured only joined the Commission between 2010 and 2011 and on Grade Level 13 at that time. “As a matter of fact,” the staff continued, “one of them is the current Staff Union Chairman, a Grade Level 14 staff, who also doubles as the Executive Chairman’s Special Assistant (Media)! He was approved to be promoted to Deputy Director by the Chairman just last week.”

The staff further stated that there are rules governing promotion in the Public Service; one cannot just be promoted from Level 14 to 16 by being ‘hardworking. “A case of the Union romancing Management to achieve personal aggrandizement!”

The Staff further revealed that ‘”another of the loyalist joined the Commission in 2011 on Level 13 and is currently on Level 14, however the Committee on Staff Progression headed by the inept Deputy Director, recommended his proper placement to Level 15 to take effect in 2011 and promotion to Level 16 in 2014 Notionally but to take effect in 2017!’’ Promotion to Level 16 in less than 4 years!”

The staff source further averred that there are over 900 staff in this Commission and only about less than 70 were selected to enjoy this illegal proper placement and Notional Promotion. He also wondered whatever happened to rules and regulations governing such. In fact the Staff presented our Correspondent with a copy of his appointment letter that had a clause that reads “No appeal for review will be entertained after acceptance of this offer..” He further revealed that even the Commission’s Conditions of Service has a similar clause that forbids upgrading or review of appointment. What is so special about these staff that the Acting Executive Chairman is hell bent on reviewing their appointments, the staff wondered.

In interaction with other staff that want to remain anonymous, we gathered that what transpired in the Commission in relation to the Proper Placements and Notional Promotion was completely veritable. “There is apparent disregard for laid down rules and regulations just to favour a handful of cronies and loyalist. In this era of ‘Change’ and respect for ‘Rule of Law’ we have an individual that has thrown caution to the winds and is operating at crossroads to the present administration’s mantra,” a source complained. The staff were unanimous in calling for a quick intervention in this sordid picture of crass favouritism because from all indications, junior officers may soon superintend senior ones.

The Buhari presidency is yet to respond to the allegations against the commission.