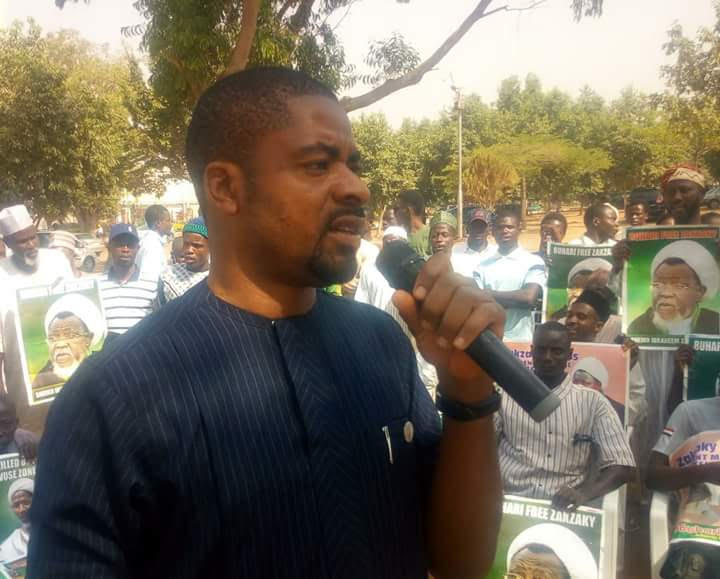 Rights activist, Deji Adeyanju, has filed a formal petition before the Economic and Financial Crimes Commission demanding for the investigation of the appearance of bullion vans in the house of the national leader of the All Progressives Congress, Bola Tinubu, on the eve of 2019 presidential elections.

A copy of the petition dated October 25, 2019 and obtained by SaharaReporters, was and addressed to the Chairman of the anti-graft agency.

Adeyanju said in the petition that he decided to take up the challenge after the call for a petition by the commission through its Twitter account.

He said, “The commission would recall that it was reported all over the news that bullion vans allegedly containing an undisclosed amount of cash were seen entering the home of Bola Tinubu, former governor of Lagos State, on the eve of the presidential elections.

“Tinubu himself admitted to this fact while responding to question from journalists.”

The activist noted that ‪Section 7 (1) (b) of EFCC Establishment Act, 2004 empowered the commission to investigate properties of any person whose lifestyle and extent of the properties are not justified by his source of income.

He called on the commission to accord the petition priority and as a matter of urgency and begin an investigation into the appearance of those bullion vans.